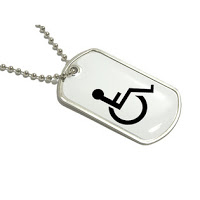 Facebook
Twitter
Pinterest
WhatsApp
WASHINGTON, DC – The Pentagon recently completed a two billion dollar study conducted over the past two years, funded entirely by the Affordable Healthcare Act. Outgoing Defense Secretary Leon Panetta told reporters, “This is the crowning achievement in my lifetime of public service.” The study concludes that the United States should immediately allow the handicapped, teenagers, the elderly, foreign nationals, and others the same rights to military service as able bodied American males.

“This is where we have been heading as a department for more than ten years,” Defense Secretary Leon Panetta told reporters. “This will take some time, but it will happen. Not everyone is going to be a soldier, but everyone, no matter what their circumstances, is entitled to an opportunity.”

Panetta stressed that opening up opportunities in the military would not compromise military readiness or war-fighting capabilities, and believes it would actually make the force stronger. Many other groups with little military experience or vested interest agree.
Handicapped Americans National today filed suit against the Pentagon to let wheelchair-bound recruits serve in infantry units, and a group named Blind But Not Broken has pressed for Braille heads-up-displays (HUD) to be installed in all F-22 fighter jets. The Americans with Disabilities Act clearly calls for equal access to the handicapped.
The Pentagon has already loosened age and nationality restrictions on potential service-members, granting an exception which military recruiters have repeatedly pushed for. They have also opened up all military occupational specialties including special operations combat jobs to women and the trans-gendered.

“It’s all really a matter of fairness,” said Panetta to reporters, in agreement with the two groups. “There will certainly be some accommodations that need to be made, but I’m confident we can make this work. Let’s face it, we now have women on submarines and in fighter planes. Soon they’ll be infantry. But if we want real equality across our military, we need to stop injustices affecting the least fortunate among us and give everyone a shot.”

Along with hundreds of thousands of women already signing up for infantry training, wheelchair-bound recruits have been rolling into local recruiting stations, although no decision on their fate has been finalized.

“Let me be clear: the standards are not going to change. That’s not what we’re proposing here. But if this goes through, then of course we will notify the Taliban, and have them install wheelchair-accessible pressure plate IEDs, in accordance with the Americans with Disabilities Act,” Panetta added.

There was some immediate push-back from “flying admirals” who felt that the study inappropriately opened up flight jobs for the disabled. Secretary Panetta calmed their fears explaining more fully what naval aviator roles really were and why the handicapped could perform those functions.

Panetta commented, “When you consider that all aviators do is to sit in a chair and push buttons, there’s no reason why there shouldn’t be a hoist to drop the disabled into cockpits so they could fight sitting down. And when not sitting in an ejection seat, they could do what all fighter jocks do — sit in their wheelchairs in the wardroom, swill coffee and grouse about how tough their job is. There is no reason why even the developmentally delayed (used to be downs syndrome) couldn’t perform this function. If they run into trouble out there in combat, we can always fly them home the way we do with drones.”