Glenn Beck, Fox and the Nation 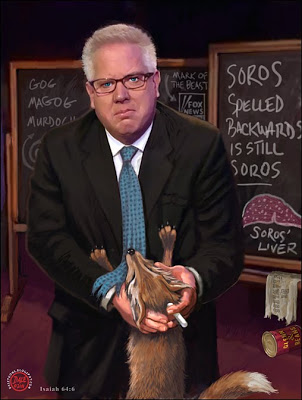 I’m still not sure what the real back story is with Glenn Beck, but I know that the job he held with Fox was valued by many viewers who wanted to find out what the heck was happening with the country. He provided a fountain of wisdom and sometimes depressing prognostications. In the PICTURE ABOVE, we see the graphic depiction of the end of an iconic run that Beck had.
The red phone never rang, the Obama regime never disputed a word that Beck said. An army of angry attorneys never descended on Fox. Beck said it and it must have been true — all of it. Now we as a nation are faced with the reality of what he’s said and it’s up to us to either make a better nation, or not.