KABUL, Afghanistan — The Taliban on Sunday ordered their first public executions by stoning since their fall from power nine years ago, killing a young couple who had eloped, according to Afghan officials and a witness. (New York Times – August 16, 2010 – this is my excerpt from a larger story. I invite you to read the entire story at the NYT website) (h/t Infidel Blogger’s Alliance)

The punishment was carried out by hundreds of the victims’ neighbors in a village in northern Kunduz Province, according to Nadir Khan, 40, a local farmer and Taliban sympathizer, who was interviewed by telephone. Even family members were involved, both in the stoning and in tricking the couple into returning after they had fled.

Mr. Khan said that as a Taliban mullah prepared to read the judgment of a religious court, the lovers, a 25-year-old man named Khayyam and a 19-year-old woman named Siddiqa, defiantly confessed in public to their relationship. “They said, ‘We love each other no matter what happens,’ ” Mr. Khan said.

Mr. Nadery, from the human rights commission, pointed to a string of recent such cases of summary justice by the Taliban. In northwestern Badghis Province on Aug. 8, a 41-year-old widow, who was made pregnant by a man she said promised to marry her, was convicted of fornication by a Taliban court. She was given 200 lashes with a whip and then shot to death, according to Col. Abdul Jabar, a provincial police official, who said the killing was ordered by the local Taliban commander, Mullah Yousef, in Qadis district.

House Speaker Nancy Pelosi Calls for an Investigation into the Funding of the OPPOSITION to the 911 Victory Mosque in New York City.

She told KCBS Radio, San Francisco (listen to her below) that it’s time to investigate the source of the opposition to the Victory Mosque.
WHAT?
The source of the opposition is the American People, Ms. Pelosi. Did you just have the skin on your face stretched again? Is that why you’re so far out of touch? We don’t want a frigging Victory Mosque at Ground Zero! There are over 90 mosques in New York City – and while I agree that people have the freedom of religion and freedom of worship, putting a mosque THERE is an insult to those 3,000 people who died there at the hands of fundamentalist Muslims who were cheered by fellow Muslims worldwide. 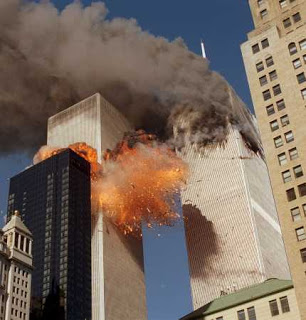 Ms. Pelosi calls the Victory Mosque a “zoning decision”.  Is that really how she sees it? This is how people saw it from below, near the site of the mosque approved by Mayor Bloomberg. (above)
Listen to Nancy (LINK)