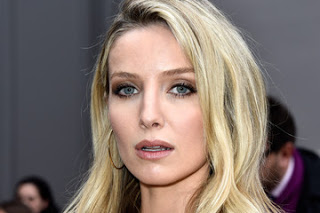 The Peaky Blinders were a gang based in Birmingham, England during the late 19th century and, to a lesser extent, in the early 20th. They were one of many urban youth gangs in the era. It’s now an original Netflix series in its third season. I recommend it highly for both the story and for the quality of the acting. Cillian Murphy (Thomas Shelby) delivers a masterful performance as the young leader of the gang, whose path toward violence was formed at the Battle of the Somme during the First World War.

The great actor Sam Neill (Inspector Chester Campbell) can always expected to deliver a stunning character and The Peaky Blinders is no exception. Annabelle Wallis  (Grace Burgess) stole the screen with her beauty and charisma.

The name Peaky Blinders is popularly said to be derived from the practice of stitching razor blades into the peak of their flat caps, which could then be used as weapons.

As told in the film, Tomas Shelby, returned from World War One where he served as a ‘tunneler’, a particularly horrible job with a short life expectancy. His father (Tommy Flanagan) is a con-man and his mother was a gypsey. He now leads his family, which is turning from a street gang into organized crime under Tommy’s ruthless leadership. He is opposed by the gypsies (boat men) but makes a blood alliance, and then all he has to deal with is the Jewish mafia and the Italian mafia — and the British Government, which is the largest cartel of all. In the context of this story it is His Majesty’s Government that is the Red Right Hand.
I recommend the series. The third season begins May 31, on Netflix.

The Red Right Hand (song below) refers to the Protestant Orange Men who opposed the Catholic Irish Republican Army.  I lived that experience and insurrection as a young man,  living in Belfast…long before the film and long after the period covered by Peaky Blinders. That said, the vibe remained from long before in Northern Ireland – into the 1970’s.

The lyrics have a familiar cast to them for any of you who may have been part of the craft. I find them haunting, the damaged agents and the dead ones. Still it is and still the game remains whether or not I play a part.

Take a little walk to the edge of town
and go across the tracks
Where the viaduct looms,
like a bird of doom
As it shifts and cracks
Where secrets lie in the border fires,
in the humming wires
Hey man, you know
you’re never coming back
Past the square, past the bridge,
past the mills, past the stacks
On a gathering storm comes
a tall handsome man
in a dusty black coat with
a red right hand

He’ll wrap you in his arms,
tell you that you’ve been a good boy
He’ll rekindle all the dreams
it took you a lifetime to destroy
He’ll reach deep into the hole,
heal your shrinking soul,
but there won’t be a single thing
that you can do
He’s a god, he’s a man,
he’s a ghost, he’s a guru
They’re whispering his name
through this disappearing land
But hidden in his coat
is a red right hand

This is continued – in a rather oblique way, on May 23 with a blog post, titled, “Interlude”.