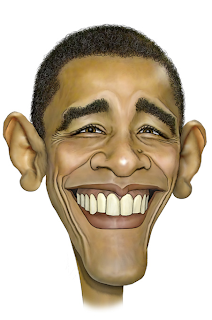 Facebook
Twitter
Pinterest
WhatsApp
The Obama Presidency has accomplished a great deal for America and out of a sense of gratitude, I want to thank him here on Virtual Mirage.

During the last presidential election, I wondered if America would ever wake up. President George W. Bush (not a conservative) embarked on the Iraq war, predicated on a lies to the American people and his fiscal policies worried me. By last Autumn, things looked bleak.  It seemed to me that Americans forgot what this country is all about. However, my lack of confidence was has been replaced by hope in the greatness and wisdom of the American people. Until this past two years, the last Tea Party we saw was back in in 1775-1776. Thanks for waking up the American people, Barack.
Scott Brown now sits in the Kennedy Chair in the US Senate. Obama killed off the Kennedy Dynasty – no more Kennedys trolling Washington looking for booze and women wanting rides home. Thanks for eliminating the Kennedy Democratic Machine, Barack.
Obama, and his “progressive leadership” style has sparked the greatest period of sales of firearms and ammunition this country has seen. States have passed laws supporting private ownership of firearms including laws that reject federal registration laws for arms and ammunition manufactured within a state. Law abiding citizens have rallied and have provided a “stimulus” to the sporting goods field while other industries have failed, faded, or moved off-shore. Thanks for (inadvertently) saving the firearms industry, Barack!
Obama is destroying the Democratic Party and the political careers of many party faithful. In December of 2008 the Democrats were on the rise. In the last two election cycles, they had picked up 14 Senate seats and 52 House seats. The press was touting the death of the Conservative Movement and the Republican Party. However, in just one year, Obama put a stop to all of this. Thanks for saving the Conservative Movement and the Republican Party, Barack.