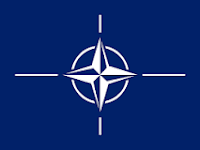 Facebook
Twitter
Pinterest
WhatsApp
Assessing NATO
No, this won’t be a gritty, incisive analysis. There are a LOT of good places to go for that, written by people more qualified than I. The US Naval Institute (written by Commander Salamander) has a good take on one maritime aspect of the situation: ASW Requires More Than Hope and Vaporware. As usual, CDR Salamander has a solid take on the situation.
There’s another question, of course. Does Russia, with a GDP roughly 1/2 that of California, feel comfortable leaping out of its nation that is nine time zones long to conquer Europe? The answer to that is likely no, even though Europe, without American muscle, is very anemic. The UK used to be a military force that could be relied on but it’s showing fundamental cracks.

The UK’s move to focus recruiting on sexual deviates and unreliable Muslims to fill the ranks of its forces shows a desperation akin to a cancer patient going to a witch doctor for a cure. The smoke and mirrors may feel good in the moment, but it’s not the cure.

Back to Russia’s intentions. To understand Russia today, you need to look back in time to the situations that Russia found itself in. Russian xenophobia is well founded when you consider that almost ALL of western Russia found itself in German hands within the last 100 years. They suffered 25 times the loss that the US did in WW2/Great Patriotic War. Russia would like to surround itself with buffer-states that love Russia. HOWEVER, the Russians pissed-off their former republics and the Warsaw Pact countries so much that they want no part of Mother Russia. And they happen to be just about the only reliable allies that the US/NATO has in Europe. They know if it comes to a fight, it’s a fight for their existence. Modern Russia knows that too, and knows that US/NATO has re-armed them (think of the Syrian Kurds) and has stationed troops there to act as a tripwire should the Bear cross their borders.
President Trump’s very real threat to draw the US out of NATO unless NATO countries spent their obliged 2% of GDP on their own defense did breathe some new life into the alliance. But it’s not a solid wall against Russian ambitions.
The FBI

If the President (and by extension, the entire nation) can’t trust the FBI as presently constituted, it needs to be reconstituted. Doing that should require extensive use of the polygraph. Yes, I know that the flutter is NOT all-knowing, but the CIA has used it for many decades combined with investigation in an effort to keep people honest. The FBI does not.

I don’t know how many of you recall former Assistant Director for Counterintelligence, Robert Hanssen. He was in the employ of the Soviet Union. During that time, and it wasn’t so long ago, he vomited up EVERYTHING to the Russians.

Today, it’s not Hanssen (who is doing 15 life terms in prison) but Comey, his patron Robert Mueller, and their associates at the FBI who plotted to overturn a US election. The fact that so many at FBI and DOJ almost pulled it off should chill the very bones of all Americans. I don’t include ‘progressives’ who used to be pro-Russian and now they’re not – and I still can’t figure that flip/flop out.

America needs to sift the FBI very closely and remove the members who are not serving the American interest. They need to be released from service. It’s a painful thing, but I believe that it’s the only way to re-instill integrity into the agency. The US needs a domestic counterintelligence agency. Maybe FBI needs to be relieved of its other law enforcement duties? It is no longer America’s premier law enforcement agency. It’s leadership have been shown to have been traitors. It’s time for change. 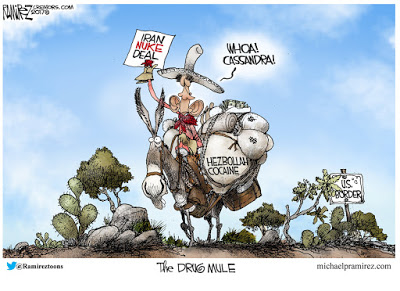 There is no doubting that the Obama Administration loved Iran and it’s cat’s paw, Hezbollah. Most of us agree that we need to remain tough with Iran – but tough in what ways, given that Europe has a completely different take on the threat of Iran to the world.

To me, Iran is sort of North Korea Lite. And anything that can be done to curb it’s ambition is a good effort and is worth doing.

They will use their Islamic dictatorship to crush the human spirit of their citizens. And in a real sense it’s up to the Persians themselves – is that what they want? However allowing Iran to be in a position to drop nuclear weapons on its neighbors is exceptionally dangerous.