One View of Islamophobia 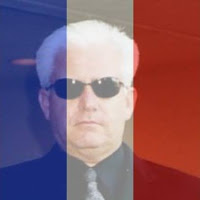 Facebook
Twitter
Pinterest
WhatsApp
I’ve been sitting back watching events unfold in Paris, the Russian airliner, brought down as it left Egypt, in Lebanon, Turkey, and elsewhere. From a French point of view, nothing is new there? It’s not the first incidence of Muslims slaughtering innocent people on the street there, not even in the last twelve months.  Remember how tolerant the French were of Islam including the vast number of radical living on their own turf? How’s that working out for them now? Removing a tumor is a lot more difficult when it’s been allowed to metastasize, but that’s what they’re faced with.
The Islamic terrorist attacks on 13 November reinforce several attributes about terrorism that should be well known. Most important is that the attacks were a product of a living system. The news analysts talked about a network, but that word is too limited and anodyne to be a metaphor for a living system devoted to death.
Before the investigations are complete, many dozens of people will be found to have supported the attack preparations. Well-planned and executed terrorist attacks always are the products of a living system.
According to Miller, in Living Systems, every biological system performs 20 separate functions that are essential to sustain life. In every human body, different organs are specialized to perform the functions. In human groups, including a terrorist group, individuals perform one or more of the functions.
The attackers represent only one of the 20 functions. Unknown additional people, usually invisible to the police, perform the other 19 functions that the group requires. The French and Belgian police are rounding up those others now.
The French bombing of Syria betrays some understanding of the relationships in a living system. Communications between the attackers and the Islamic State of Iraq and the Levant (ISIL) in Syria is enough to justify a retaliatory attack to assuage public outrage a bit.
Nevertheless, ISIL operatives outside Syria and Iraq behave as independent actors, deriving guidance more than material support from the ISIL leadership. The more sinister parts of the living system are being found in Europe. These terrorists were locals. The specific targets were locally determined.

CONDELL: “I wonder how long it will be before the first European is stoned-to-death for adultery? If that catches-on, there’ll hardly be anyone left in France.”

Many French people are Catholic and the pope, who travels with an army of armed body guards, has come out suggesting that it’s wrong for Catholics to arm themselves. While that edict may make sense at Castle Gandolfo, I think that the people of Paris might have another take on things. It remains to be seen whether or not the French will man up and defend themselves in their own homeland. When seconds count, the police are minutes away. Make of that what you will.

Luke 22:36. “Then said he unto them, But now, he that hath a purse, let him take it, and likewise his scrip: and he that hath no sword, let him sell his garment, and buy one.”

I personally think that the French need to hold “draw Mohammed contests” and when the Islamist come to kill the infidels, the police can gun them down in turn, Texas style.