One Nation – Under Obama 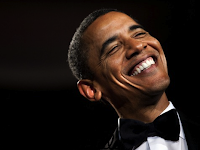 Liberals love rules and no liberals seem to love rules more than the Obama Administration, which won a mandate from Americans to remain in power for four more years.
The regulatory burden on Americans has been estimated by the Competitive Enterprise Institute estimates  at US$215 billion this year alone.
The Regulatory Flexibility Act calls for a description of all rules likely to have a “significant economic impact” on a substantial number of small entities to be released every April and October. The Obama Administration missed the filing deadlines in Spring and Fall 2012 entirely. Their content might have interfered with the November election.

Senator Rob Portman sent a scolding letter to the president, reminding him he’s not following the law:
“For nearly three decades, presidents of both parties have published their plans for new regulations twice a year,” Portman wrote to Obama today. “Now, with the spring plans still missing, the Fall 2012 Regulatory Agenda is also overdue. In light of this apparent trend, I am writing to inquire whether your Administration has chosen to abandon this tradition of transparency altogether.”

The law is changing and it’s changing radically. To date nobody is sure how many changes will be brought to America, because the President is mute on the subject. I suspect that it will be like ObamaCare. Nobody will know what’s in them. You’ll have to read it to find out. Where do business read those coming rules so that they can prepare? You can read them when this transparent government releases them…

Yesterday, the founder of Domino’s Pizza filed suit against the federal government over mandatory contraception coverage in the ObamaCare law. Tom Monaghan, a devout Roman Catholic, says contraception isn’t health care but a “gravely immoral” practice.
He filed a lawsuit Friday in federal court. It also lists as a plaintiff Domino’s Farms, a Michigan office park complex that Monaghan owns.

Typically, a new regulation remains at the White House under review for 90 days. Some of the regs that will be published in the next couple of months have been tied up by the administration for a year or more. The reason is obvious, as the National Association of Manufacturers showed in a report on new EPA regulations in the pipeline:

The report, issued in late November, said compliance costs for six major EPA regulations — including rules limiting air and water pollution from coal- and oil-fired power plants — could total up to $111 billion by government estimates and up to $138 billion by industry estimates. Construction costs could total $500 billion, it said.

Jay Timmons, president and CEO of the manufacturing group, warned of a “devastating ripple effect” that could be felt throughout the U.S. economy if federal rules are not relaxed or delayed. Some manufacturers are likely to “close their doors for good” because of EPA rules, Timmons said.

(Pajamas Media) You have no doubt heard the term “unfettered capitalism” bandied about by the left over the last several years. This refers to the left’s idea that American businessmen are a bunch of robber barons who practice a kind of predatory capitalism not seen since the gilded age. Unrestrained by government, businesses cheat consumers, steal from grandma, rape the land, poison our water, pollute our air, deny opportunities to minorities because they’re racist pigs, and gleefully place workers in danger of their lives to make an extra buck.

Business owners and investors don’t need to worry because they won’t have to be business owners much longer. The Obama Administrations regulatory plans will slowly erode their efforts until it’s not worth staying in business any longer and they will lay off all of those workers who depended on them, allowing them to go on food stamps and collect unemployment until that ends — then there’s welfare.
Meanwhile, Federal Reserve Unfettered

(IBD) The Fed will stay the course until the jobless rate drops to 6.5% or year-over-year inflation rises to 2.5%. It will carry out this plan by essentially printing money — lots of it. The Fed has added some $2 trillion to its balance sheet since the end of 2008 as it creates new bank reserves to buy bonds.

Its new program includes purchases of $45 billion in Treasurys and $40 billion in MBSs each month, which would boost its balance to $4 trillion by the end of 2014.

Meanwhile, the U.S. government soaks up the global supply of credit with its insatiable borrowing.