Is Paragould REALLY a War Zone? 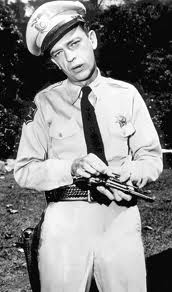 Facebook
Twitter
Pinterest
WhatsApp
Paragould, Greene Co., Arkansas is located in what President Obama termed, “fly over country” (meaning that the Obama Administration doesn’t care about it), and many who read this blog may not know where Paragould is. But apparently the conduct of the people there warrants a paramilitary ‘occupation’ of sorts.

Paragould is located in northeast Arkansas at the intersection of Hwy 412 and 49, approximately 88 miles northwest of Memphis, TN. As odd as it might seem, I drove through Paragould two years ago and nothing indicated that the place would warrant the sort of attention that it’s getting from law enforcement. Historically, it was a railroad crossroads (deriving its name from Railroad Barons).
The 2010 US Census pegged its population at 26,000. There are roughly 10,000 residences in Paragould. The median income is $31,000 per year and the population is 98% white.
Arkansas State University – Paragould, Arkansas Northeastern College, Black River Technical College and Crowley’s Ridge College are all located in Paragould.
One could reasonably infer that not all that much out of the ordinary happens in Paragould.
What is Happening in Paragould?
The Paragould Daily Press reports it this way:

In response to a recent increase in crime, Paragould Mayor Mike Gaskill and Police Chief Todd Stovall offered residents at a town hall meeting Thursday night at West View Baptist Church what could be considered an extreme solution — armed officers patrolling the streets on foot.

Stovall told the group of almost 40 residents that beginning in 2013, the department would deploy a new street crimes unit to high crime areas on foot to take back the streets.

Has the City of Paragould suspended the US Constitution because of the ‘crime wave’? Maybe so. It’s interesting to note that the nature of the crime wave that would cause the police to question somebody out walking their dog innocently — hasn’t been discussed. As I understand it, there have been some residential burglaries. In most towns in America the police would handle that the way they handle this sort of crime, not so, it seems, in the 26,000 person town of Paragould.

Stovall said he did not consult an attorney before announcing his plans to combat crime. He even remained undaunted when comparing his proposed tactics with martial law, explaining that “I don’t know that there’s ever been a difference” between his proposals and martial law.

Stovall said task force members would not even be required to be looking for a specific suspect before stopping citizens on the street. “Anyone that’s out walking, because of the crime and the fear factor, [could be stopped],” he said. Should an individual not produce identification, Stovall said his officers would not back down. Individuals who do not produce identification when asked could be charged with obstructing a governmental operation, according to Stovall.

“I’m hoping we don’t run across [any] of that,” Stovall said. “Will there be people who buck us? There may be. But we have a right to be doing what we’re doing. We have a zero-tolerance. We are prepared to throw your hind-end in jail, OK? We’re not going to take a lot of flack.”

I called the Greene County Sheriff’s Office (870) 236-7612 and the deputy I spoke with refused to comment on the actions of the Paragould Police Department. The Sheriff oversees the towns of Delaplaine, Lafe, Marmaduke, Oak Grove Heights and Paragould. I asked if the crime wave that has Sheriff Stovall resorting to such drastic measures extended beyond the city limits of Paragould. The deputy cleared his throat and said, “no.”
I Spoke to a staff adjutant to Lieutenant Brant Tosh, Company F, Arkansas State Police, who didn’t respond to questions about the crime wave in Paragould. He said that they had no plans to deploy additional personnel to Paragould. There is a multi-jurisdictional crime task force that can be called upon to deal with specific problems within Arkansas, but LT Tosh’s spokesperson didn’t say that they’d be sent to Paragould to interrogate people walking their dogs. 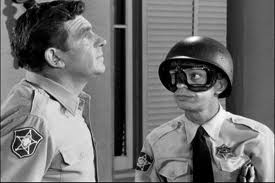 It would seem that Sheriff Stovall (dressed in his SWAT outfit) will be forced to cut off tentacles of the octopus of crime all by himself in crime-ridden, blighted, Paragould.