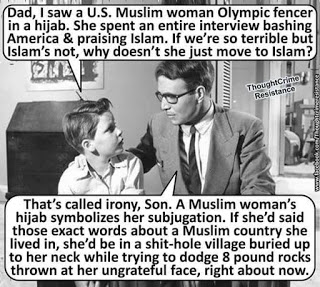 Facebook
Twitter
Pinterest
WhatsApp
I guess that the 2016 Summer Olympics deserve some sort of comment here on Virtual Mirage.
(1) Michael Phelps is THE GREATEST SWIMMER OF ALL TIME, period. The guy is a swimming machine and though he had some dark moments in his life, he found love, is building a family and managed to turn things around.

(2) Athletes from the Muslim countries attending the Olympics and harassing the Israelis. While I don’t find that odd (I recall the Munich Olympics), it would have sparked international outrage if the Israelis were picking on the Muslims. Situation normal there.

(3) There is equal time between athletics coverage and commercials, making a “mute” button vital to enjoyment. I can split my viewing between video games on the i-Pad and the TV…yes, it’s annoying.

(4) There is no reporting about the political situation in Brazil as their nation impeaches its president and deals with a host of problems. One apparently doesn’t want to point at the whole third world thing and tick off one’s hosts. I get it, but in previous Olympic Games, some in depth reporting was undertaken. In Athens, for example, 15,000 feral dogs were rounded up and euthanized before the games.
(5) Naturally NBC completely ignored the fact that the first US Gold Medal in these Olympic Games were won by a woman who medaled in the shooting competition. One can’t make shooting appear to be important and the woman who did it was white, so there was no pressure to report. If it had been a black woman, I think that NBC would have been forced to say something about it.

(6) One of my favorite sports to watch is women’s beach volleyball. Living near Newport/Huntington Beach, you can go out on almost any day and watch world class practice events. And you can also watch it during the Olympics. I never tire… My favorite women beach volleyball player this Olympics is  Anouk Vergé-Dépré from Switzerland. She’s also a good player…

To be fair about it, I didn’t watch that much coverage of the Olympics. NBC cherry picks what they show and much of what I’d have liked to see – boxing, wrestling, shooting, archery, equestrian, etc., wasn’t covered in the segments that I tuned in to see.