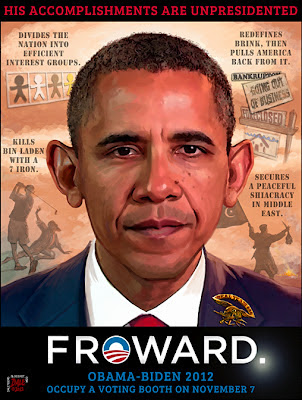 Facebook
Twitter
Pinterest
WhatsApp
If Obama were half as smart as everyone at MSNBC thinks he is, we’d all be a lot better off. But sadly, he is not even half as smart as he believes he is in the small narcissistic world of Barack Obama that he occupies as an army of one.
Both the President’s incompetence in office and the malevolence we’ve seen developing like a cancer in the Muslim nations of North Africa have come as a direct effects of Obama’s overweening narcissism, which has been fed and nurtured at every turn by his adoring sycophants in the media and intellectual community of the left.
Barack Obama strangled our military might in the name of the gods of multiculturalism and political correctness. Under multicultural rules of engagement, America can never win another war and thus, the battle between the Islamic World and the rest of the World is ensured to continue indefinitely; slowly with the minimal attrition necessary to keep it out of the public awareness. Islam has a name for this strategy. It is called hudna, and it is why Iran will get nuclear weapons; why the West will be overrun with Sharia, and why the U.S. has been in decline more sharply in the Obama Years than it ever was before.
The Obama Administration is now trying to cover up the extent Iranian influence among jihadi groups in North Africa so as not to undermine what Obama considers his major foreign policy coup: the killing of bin Laden. In the Obama Administration, getting re-elected and keeping power is job one.
Obama wants to keep solid intelligence under wraps which shows that the terrorist group behind the Sept. 11, 2001, attacks that killed nearly 3,000 Americans is now flourishing under the Muslim Brotherhood regime of Egyptian President Mohamed Morsi, “hero of the Arab Spring”. The Obama Administration wants to hand Egypt almost a billion dollars in cash and military upgrades. ASK yourself why?**

** Egypt was among the locations of Obama’s 2009 so-called “apology” tour, when the president criticized past U.S. policies based on what he said was “fear and anger” that prompted actions “contrary to our ideals.” He also promised “a new beginning” for the U.S. and the world’s Muslims and a radical shift in U.S. policy.

To placate Islam these are the guidelines that the Obama Administration would hand down to us all for the sake of multiculturalism and political correctness:
–We are to abandon free speech because it might hurt the feelings of Muslims
–We are to ignore the persecution of other religions because it is Islam that is persecuting them
–We are to ignore the subjugation and humiliation of women under Islam because multicultural dogma dictates that it is OK as long as Islam does it
–We are to ignore the religious motivations of terrorists because we want to be seen as tolerant and inclusive of Islam.
This is one of the kindest things that I’ve heard said of Barack Obama, giving him the benefit of the doubt:

“Obama grabbed at baubles, speeches and glitter and his moment passed him by. He canceled pipelines. Blockaded energy development. He sank the economy in debt. He was too small a man for the ball history pitched at him.”

Is this the kind of man we want to govern the United States and the Free World for four more years?