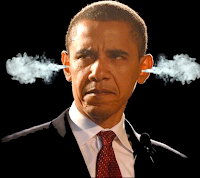 Facebook
Twitter
Pinterest
WhatsApp
Obama offered Democrats a win-win scenario in his second term. Many “progressive” supporters swallowed the promise, sent him money and voted for him. Some still feel that the hope and change that he promised is around the corner.

What was that promise again?

Republicans will buckle to pressure on policy
points or face oblivion in Midterm Elections.

The Obama vision, sold to his supporters, promised Democratic Party unification behind a bold agenda on global warming, same-sex marriage, “cradle-to-career” education, gun control, amnesty for illegal immigrants (prospective Democratic Party voters), another round of tax increases on top earners, more stimulus spending and other progressive pork-barrell issues such as funding for “green tech.”  However, it isn’t working out very well.
On the gun control issue, the President was forced to go to Mexico and BLAME America (not only George W. Bush this time) for shipping firearms across the border to support the drug cartels – and that, according to President Obama, is why we need to curtail or eliminate private ownership of firearms in the US. He sounds much like a three year old child who didn’t get his ice cream for dessert and is throwing a tantrum. The same is true for spending limits and his ‘punish America for the sequestration’ agenda

Does the President ever listen to the way he sounds on television?