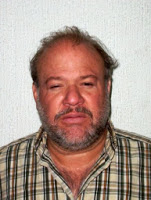 Facebook
Twitter
Pinterest
WhatsApp
I don’t expect this blog’s readers to keep up with the various and sundry Mexican cartels because there is a parade of nefarious traffickers who end up dead or in custody. In the free-fire zone that is Mexican narco turf, the cartels come and go. There was the Old Gulf Cartel. There is the New Gulf Cartel.
Last week (September 18, 2013), Mexican officials arrested Ediel Lopez Falco (La Muela) in the Rio Grande Valley. Ediel is wanted by both USGOV and MEXGOV for trafficking and cooperating with other cartels. In recent years, the Gulf Cartel went from an independent operation to a cocaine brokering operation where they moved narcotics into Mexico and then other cartels and independent operators took it from there to the destination — usually in the USA.
Will this arrest that some Mexican sources refer to as “historic” change the price of drugs anywhere? Unlikely.  What does this arrest mean? What do YOU think that it means?
I received a call tonight that “Jose”(Hose A), at large in Mexico, wants to come to some accommodation with the US Government in regard pending drug charges. He doesn’t want to be a rat. He simply wants to get off the hook. He doesn’t want to do the full term that a Federal Court Judge will sentence him to. I don’t blame him. Being a narco has not always been easy for Jose. The narco business isn’t really easy for anyone because there is lots of competition. And as with most people like Jose, there are other narcos who would like to kill him for some perceived reproach or insult (according to Jose) or more likely because he stole a load.
What do I plan to do for Jose? Nothing. The taxpayer in me doesn’t want to see him in custody in the US because each inmate costs the Federal Government an average of $28,893.40. Will housing Jose for twenty years in the system run by the Federal Bureau of Prisons (BOP) reduce the amount of drugs in either the US or Mexico? No. Will it make anyone safer? Unlikely. If he simply stays out of custody in Mexico, somebody will kill him and that will be that. It’s a cold calculus, but a practical one.
There is yet another Jose (Hose B) who doesn’t want to be extradited to the US (he’s on ICE’s top ten most wanted list from a case in Orange County California that I participated in a long time ago). Jose Alvarez Tostado was free’d by Mexico in what has become a pattern since President Obama crashed the good working relationship that the US had with them. Alvarez-Tostado is looking for a way out of his bind too. Tonight he’s drinking with a narco lawyer at a nice restaurant in Tijuana, BC, Mexico wondering what to do with himself since he has fallen on hard times since the Mexicans released him. His arrest took him out of the trafficking mainstream and he’s concerned that if he’s arrested again, the Americans might get their hooks into him.
Barack Obama would piss off the Pope — and it’s no wonder that the world at large jeers at the US. Any nation who would elect such an incompetent ninny to run the country can’t be taken all that seriously. So the Mexicans will likely leave Jose Alvarez Tostado alone.
Warehousing narcotics offenders has a limited benefit to society. I’m not sure what to do with them. Execute them (Singapore style)? Release them (Netherlands style)? Or feed and house them in perpetuity (US style)?