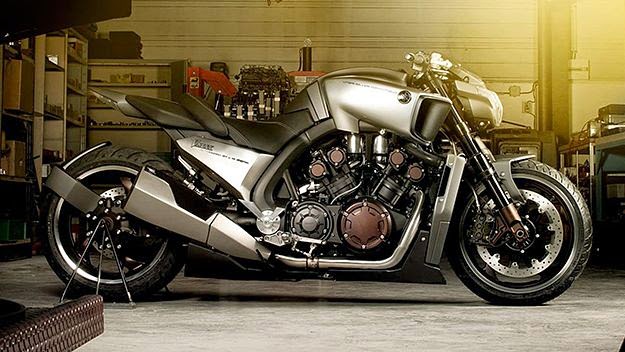 Facebook
Twitter
Pinterest
WhatsApp
As some of you know, I’m out and about, causing trouble (strokin’, pokin, and pervokin’). I don’t have much in the way of inspirational thought for any of you today, beyond sharing my favorite scooters. The only eternal truth here is that the difference between men and boys is the price of their toys…that and there are no hearses with luggage racks, so you should drive it like you stole it. I currently am between motorcycles. I hope to remedy that situation before long.
V-MAX
Yamaha V-Max 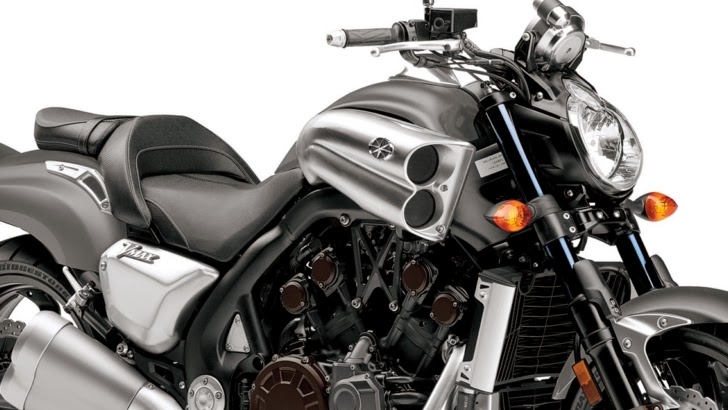 They’ve been around since 1985, forever, it seems, but the venerable V-Max simply rocks the planet with raw power in a touring machine. I’m poised to purchase another one as a Christmas present to myself, saving my shekels. (No, I won’t kill myself on it, I promise)

Having driven these machines, I know that you can pop a wheelie at 70 mph. They do the quarter mile stock at 132 mph. If you beef them up, they’ll do a quarter mile at 150 mph. No, it’s not a Lockheed-Martin F-22, but the Raptors don’t fly that low.

The V-Max has a few problems besides being scary fast. The center of gravity is relatively high, which means that it doesn’t take low speed turns the way traditional touring bikes (such as the Harley D) do. The Second Generation V-Max bikes handle torque from the drive shaft better than the first generation, or so I’m told. It’s relatively easy to dump the 600 lbs. machine at slow speed if you are not on your game because it doesn’t turn like Grandpa’s Harley. In that it’s much like a Honda CBX (below). I ‘nearly’ dumped my CBX several times until I figured out that they just handle differently – which prepared me for the times I took the old, venerable V-Max out.

V4 power plant with 1679cc (102cui) of pure, unadulterated asphalt terror mated to a 5-speed transmission with a multi-plate slipper clutch and surgically-precise shaft final drive can take on the most brutal sport cars out there. Am I too old to drive a muscle bike — uh, no.
DIAVEL 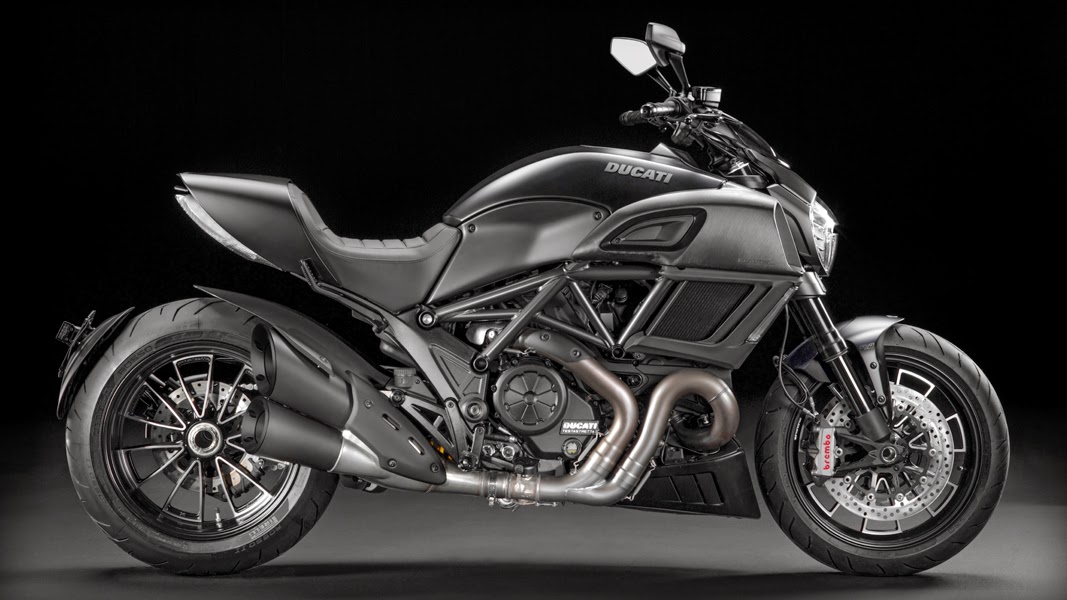 Ducati Diavel
With 162 HP, the Diavel has less raw power than the V-Max but it’s also about 2/3 the weight. Street performance is very close. The price is the same as the V-Max and — sigh, I like them both.

The Diavel is chain driven, which puts the power on the rear wheel harder than the shaft-drive V-Max. That’s the up-side. The down-side is that having driven chain-driven monsters such as the Honda CBX, I know that the chain will take a beating and you’ll stretch them and go through them if you push the machine at all. And why would you buy a Ducati unless you intended to push it now and then?

The Ducati has a “down power” setting that retunes the bike for 100 HP, referred to as the “Harley Davidson setting”. For those who don’t want to put a rocket ship on the freeway.

The Honda CBX didn’t have any of the engineering subtlety of the V-Max or the ultra modern Diavel. It’s a six-cylinder road monster. And while the uninitiated may think that the V-Max is faster — the Gen 2 is, but not by much. There were times when I told my young daughters to hang on and they didn’t and almost slid off the back seat (learning that hold on means hold on).  I think that the kids liked the CBX almost as much as I did.

The chain-drive CBX was Honda’s answer to the muscle bike and they haven’t done anything like this since they stopped making them in 1982. (Production run 1978-82) I mentioned above that they didn’t handle well at slower speeds unless you were very accustomed to them – high center of gravity. I think that and the fact that people took them out and drove them like the old Honda 750’s and crashed them in large numbers made Honda de-tune their successors.
With all deference to women, it’s a very heavy man’s bike and you have to ride it with all the due care that  you would with a rocket.  Off the show room, they’d turn the quarter mile at 115 mph. As with the V-Max, you could pop a wheelie on the road doing 60 mph without really trying.
Keeping the 6 cylinder engine in perfect tune was not as difficult as you’d think. It’s a Honda. Keeping it in chains — well, they stretched and wore out.
I found the bike to be an excellent day-tripper.
Post Script 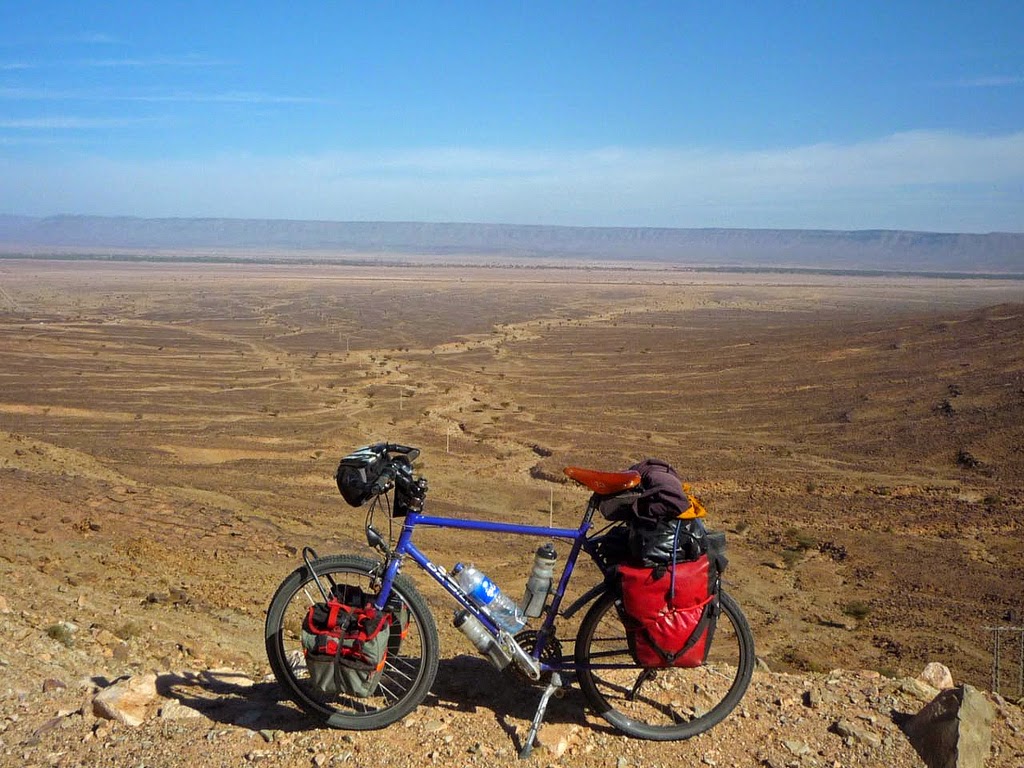 Lest any of you are inclined to criticize me for my carbon footprint, know that (1) your criticism will fall on deaf ears; (2) The US Government has determined that Americans don’t know how to ride bicycles correctly (read more here) as a matter of public policy. So even if I rode a bicycle instead of a motorcycle, I’d likely ride incorrectly, according to the National Science Foundation.