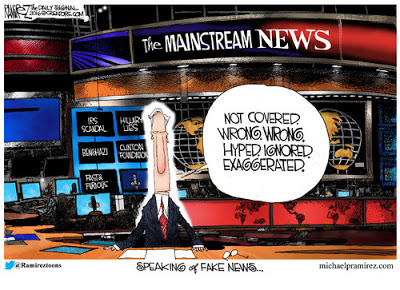 Facebook
Twitter
Pinterest
WhatsApp
If you take progs at their word, they all have therapists that help get them through the day. I’m not going to take a shot at therapy, but my generation found release in other ways. Frankly, it sounds a little ‘pink’. Never the less, here are some obligations on what the progs are going through. The five stages of grief are in full swing among progs this holiday season. The five stages are, denial, anger, bargaining, depression and acceptance.
1   The first stage manifest on election night with news commentators openly weeping as they announced that Clinton lost to Trump and that the Senate, the House and most governorships also with the the Republicans as America spoke. The day after the election began with the cry – mainly led by people who pretend for a living in Hollywood, who said, “not my president!”  University students, egged on by liberal professors took up the chant.
2   The second stage went off like a bomb with the angry “not my president protests”, burning cars, defacing buildings and looting that I maintain were racist because Donald Trump is white. (#whitevotesmatter)
3   The third bargaining phase was launched by progs, who poured money into Jill Stein’s recount scam. Yes, it was a scheme to fund raise and it worked, but progs bargained that if the recounts were done, Trump would lose. Second, third and fourth recounts of the same votes were attempted but judges shut them down.

Then CNN, the New York Times and the Washington Post, which is more of a blog than a newspaper, sprung #fakenews, as if presenting fake news was a concept new to them.
The phase continued with the Washington Post claiming that Russia had influenced the outcome of the election, and that the Trump campaign had colluded with agents of the mysterious East to beat Hillary Clinton, who the Post had anointed president previously, before a single vote was cast. That rant is still going on with Hollywood making desperate (and funny) pleas to members of the electoral college to change their votes to anyone but Trump.
4   Sometime around New Year’s Day it will set in that Donald J. Trump was freely and fairly elected and will be the 45th President of the United States of America. That will lead to depression that will stretch long into year and well past the inauguration.
5   Donald Trump will never be accepted by the progs. But they harbor a secret fear the overrides all others. What if by some miracle, he’s able to bring jobs back – particularly to inner cities? What if the ghettos are no longer progressive paradises of dependence and people go to work instead of taking hand-outs? Nothing could be as corrosive to the Democrat cause than that.

What if America joins Russia in fighting common enemies: Radical Islamic Terrorists? What if the rapprochement works and even though regional differences continue to exist, Washington DC and Moscow confront problems shared by both power centers?
That would upset a lot of people including the Marxist professors in the USA, who contend that the Soviet dream was destroyed by Vladimir Putin.
The Democrats had a lot of schemes to promote Hillary Clinton: Everything from the “Madam Secretary” TV show on NBC to The Wikileaks emails showing that officials within the DNC attempted to secretly promote what they called “pied piper candidates,” which included Donald Trump, because they thought they’d be easier for Hillary Clinton to defeat.

The fake (corrupt, elite) news media, which we know from other leaked emails, was a subset of the DNC and the Clinton campaign, gave Donald Trump at least $1 billion in free coverage during the primaries. While this was partly due to his own savvy of playing them like a fiddle, we do have suggestions (that go beyond empty speculation) that it may not have been entirely so.
The circular firing squad continues in progressive circles as they attempt to explain why their catastrophic loss up and down the ticket was not Hillary Clintons’s fault. (hahaha)