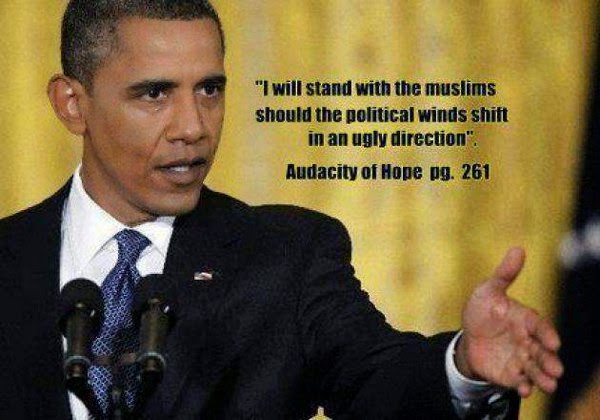 It’s really hard to accept how we got in this situation wherein a Chicago community organizer and ACORN defense counsel is now our commander-in-chief. One who has ignored his national security team, two years ago to arm the Free Syrian Army (before they were infiltrated by Islamists), did not bother reading his daily presidential briefings over the last 13 months warning of the exponential growth and threat of ISIS/ISIL, and ignored the warnings discussed in congressional hearings on this matter last February. And now he continues to ignore the Pentagon and it is the fault of our national intelligence. -David E. Peña

Why isn’t President Obama heading down to Oklahoma with (Attorney General Holder) and comforting the folks that were attacked in their own workplace while they watched a 54 year old woman beheaded with a butcher knife? Wasn’t that an act of terrorism? -C. Michael Croston

Not if we don’t call it a war…

Yes, the commander-in-chief, and leader of the free world can be a party boy when he wants to be.

Joan Rivers’ last Statement on the matter – before she died

Joan Rivers, when approached by a undisclosed street reporter on Tuesday, was asked whether she thought a gay or female president would occur first in America, and Gossip Cop caught the whole exchange on video.
“We already have it with Obama, so let’s just calm down,” she answered.
“You know Michelle is a tranny,” Rivers continued.
“I’m sorry, she’s a what?” the surprised reporter asked.
“A transgender. We all know,” Rivers explained.
It is not known whether Rivers was joking or not, or who she meant by the “we,” in “we all know.” Joan was cut down in the prime of life shortly thereafter for outing both the president and the first person. There was no opportunity for her to amplify her comments before the Grim Reaper came to call. The White House had no comment. (link)