Will it COUNT for Anything? 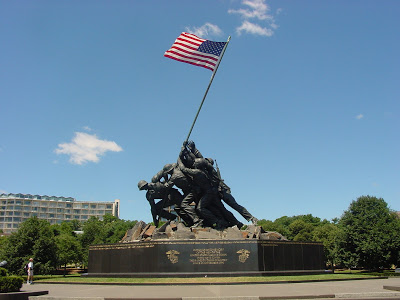 Facebook
Twitter
Pinterest
WhatsApp
During my military service and during other service I rendered to my country, I have been placed in dangerous circumstances and though I might have lost my life, I (obviously) didn’t. At least I haven’t yet. I have never been bothered with trading blood for genuine freedom or the welfare of the American People. The value of the one is subsumed by the benefit to the many. However, if I was to fall, I always wanted my death to have some meaning.
I am very bothered by wasted lives. We wasted tens of thousands of American and allied lives in Viet Nam, for example. They didn’t die to make the world safe. They died for no real reason. Do the Americans who continue to die in Afghanistan die to rid the world of terror or do they spill their last blood – giving their last full measure of devotion for a meaningless effort? When the dust settles, how will history judge the war and the value of their sacrifice?
Was the blood we shed in Iraq worth what we have now as a result of the mountains of dead and the tons of treasure we spent?

You’ll notice that I don’t care about enemy dead. Not one whit. I only care about American and allied dead. However since Japan is presently an ally of the United States, I want to reflect for a moment on their fateful decision.
On December 7, we contemplate a horrible war and I’m sure many surviving Japanese must ask themselves why they did it. What hubris and ego must have been present when the decision was made to attack America at Pearl Harbor?
Mankind’s march of folly rolls forward and those who don’t read and work to understand history, are bound to repeat it.