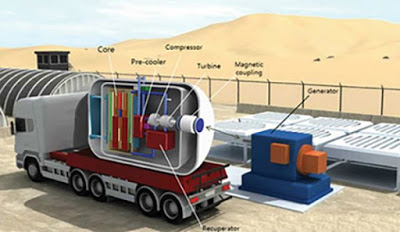 (link) Maybe you really will FEEL as if you’re flying — while you’re actually flying?

The Future of Nuclear Energy

(Rolls Royce) The American communists, Bernie Sanders being the most noteworthy at the moment, are calling for the government to take over the energy sector, and transition completely to wind, solar and hydroelectric power by 2030. I find it interesting that none of them are talking about the newest generation of nuclear power generation.

Enter, the Small Modular Reactor (SMR), which will allow nuclear reactors to be delivered to locations where power is required, and set up quickly, without lengthy land acquisition and expensive construction. In Arizona we have the Palo Verde generating facility, delivering reliable electricity as needed, but I can see the need for SMR’s as solutions in smaller markets as well, within the state. But I haven’t heard a single communist come out in favor of this new, safe, emerging technology to fill some of the gaps that eliminating coal energy will leave. 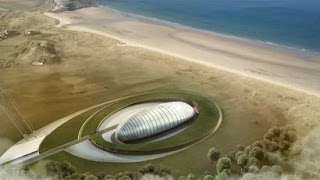 There are some down-sides to SMR’s, primarily concerns voiced by the left. There is an economy of scale to produce them that requires a large investment that will almost surely be government subsidized. But people like Bernie are proposing a multi-trillion dollar investment in solar, which doesn’t work at night and is wildly inefficient. There are the traditional safety and security concerns, but those are not what they once were at places where nuclear energy went wrong (Fukushima Daiichi and Chernobyl nuclear disasters). SMR generating stations don’t require that the facility be placed in areas subject to tidal waves or gross seismic activity.
Cut it in any way that you like, this is the future of reducing a carbon footprint.
Auditing and Reducing US Funding of International Organizations Act

The left is upset because a lot of their pet projects will have their funding cut. No more tax dollars will be poured into the UN’s pet climate change treaties. It will eliminate US funding for any United Nations agency or international body that promotes full membership for the Palestine Liberation Organization, supports subvention of sanctions on Iran or North Korea.

US funding will be stripped from any organization that is “controlled or substantially influenced by any state that sponsors terrorism” or is behind the persecution of marginalized groups or systematic violation of human rights.
US funding will be removed from the United Nations Population Fund and any fund that promotes abortion.
The order will remove at least forty percent of current funding to UN programs, which will impact UN peacekeeping operations (almost always a complete waste of money) in sixteen countries.
Of course, none of this prohibits billionaires like Bloomberg, or other countries from spending THEIR OWN MONEY on international peacekeeping, or abortions in third world countries. It just means that the US taxpayers won’t be underwriting this anymore. Thank you, President Trump! MAGA
Maybe the UN will move to France? That would be a grand idea.