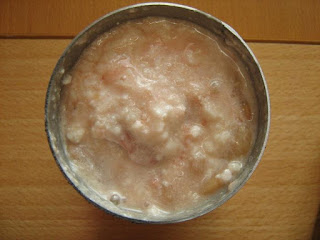 Facebook
Twitter
Pinterest
WhatsApp
The New York Times (and Geraldo) are not blaming President Trump for the hurricane that flattened Puerto Rico. I find that shocking. Anyone who listens to the bulk of the corrupt, smug, lying mainstream media has been assured that Donald J. Trump is responsible for the hurricane, the common cold and even the Vietnam Era ham and lima beans C-Rations given to GI’s in the 60’s and through the early 70’s. He’s responsible for hemorrhoids, bad weather, and bovine methane that is destroying the planet. Just ask Wolf Blitzer.
Speaking of ham and lima beans C-Rations that many soldiers were forced to eat if they couldn’t trade them for turkey loaf or pound cake, the Mayor of San Juan, PR is blaming President Trump PERSONALLY, for denying Puerto Rican food stamp recipients access to “prepared hot meals.”

The Puerto Ricans are demanding that the US Government provide them access to fast food, which is what they mean by “prepared hot meals”. Federal government rules prohibit redemption of food stamps at restaurants and some 40% (1.3 million) of Puerto Rican residents are on food stamps (and have been on food stamps for lifetimes).

Progs should read the rules… (but can they read?) Federal aid distribution is the domain of local municipalities. If there’s an inefficacy in getting supplies from the docks and the airport to Puerto Ricans, it’s not because the federal government has failed. The same assistance provided to Puerto Rico was also given to Texas and Florida after storms left parts of those states ravaged. The difference can be found in the local response, both by the private citizenry and local officials.

To Puerto Ricans, I say, “Let them eat ham and lima beans (in juice) if they want a square meal.” Are they better than our soldiers (were)?