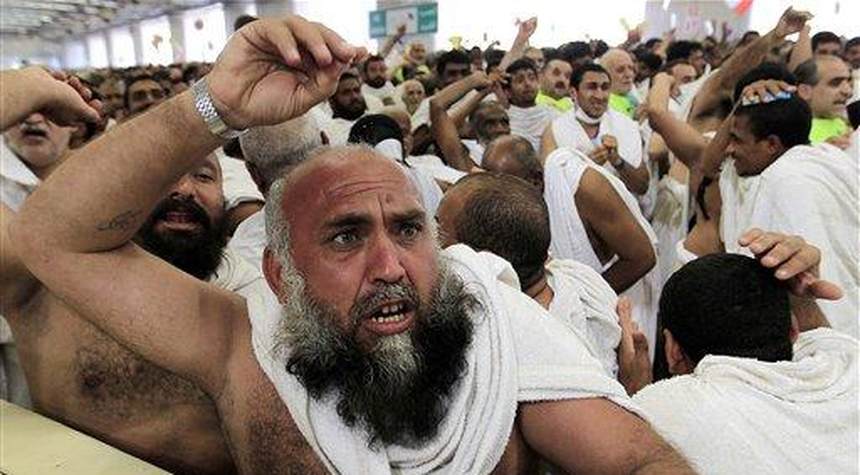 Hassan Ammar (above) is not actually Satan. Questionable hygiene? Definitely. Whether he is genuinely satanic is another matter altogether. He claims to be an Islamic warrior for the Kremlin, which has taken on the mantle of Godly virtues recently in an effort to ignite jihad against Ukraine. Ukraine’s crime? Being invaded, I guess. Totally humiliating the Russian Army, according to Russian holy men, in Vlad’s employ, could only be done by Satan & his minions.

There is more here at PJ Media. Based on reports, Vladimir Putin will be leading the forces of God as Michael the Archangel — reborn. Ok. If Vlad says so? It’s a lot like Pedo Joe, his sidekick the Ho, and Nancy Pelosi trying to take the moral high ground IMHO.

From PJ Media: …Woke, argues an article reprinted by the Catholic University of America, is the next big Western religion. “The Church of Woke has began its Long March to transform American life in the mid-1960s. Like Christianity, it has burrowed deeply into elite society and the institutions of state power. Now we are locked in a culminating phase. The third generation of Woke—true to Late Roman antecedents—must cast down the Pantheon of American Exceptionalism, of Founders and Heroes, establishing a new divine order that will wash away America’s sins of Racism, Patriarchy, and Heteronormativity.” Naturally the new religion of the West must be fought by old-time promoters of the Worker’s Paradise in their Kremlin basilica.

Thus the return of Satan to the center stage of political discourse is not only understandable but inevitable. Yet in this fight, which is God and which is the Devil? You decide. But it’s well to remember that if the greatest trick the Devil ever pulled was convincing the world he didn’t exist, then his second greatest was to ensure, that once discovered, you thought the other guy was Satan.

The article is worth reading. h/t Claudio for bringing it to my attention.

A thought on Sermonettes –

I started on a sermonette based on Daniel Ch 5.  Sometimes those sorts of things come together and sometimes I lack the time and inspiration to craft something useful, that you might be able to take away with you. On Earth there were kings. Each king wanted to be bigger than the others, and eventually, strife broke out among them all. Time passed. Strife continued. The causes and conditions that produce kings dwindled and changed their results. Royalty disappeared from the blood and blood disappeared from the royalty,  but the Book of Daniel is more than merely a discussion of the passing of kings and the conversion of kings from idolatry. I’ll try to do it justice in the future.

There are some who will object to the terms that I use so hang in there as I try to explain myself. The gift of Atonement by Jesus Christ to all who accept it and Him is salvation.

But what of our behavior?

The path to spiritual salvation is not about securing, gaining, or achieving status in social orders, or institutional hierarchies. It is not about pleasing teachers or preachers. It is not about employing rote memory to achieve technical proficiency, nor repetition to achieve craft or guild proficiency, nor is it the province of intellectual erudition. Many conflate the honors that men confer on other men as a measure of salvation. It is not. So for today’s Sermonette, I turn to Paul’s first letter to the Bishop of Corinth in the Peloponnese, which is located in south-central Greece, and to the Corinthians living there, who were members of the Church:

1 Though I speak with the tongues of men and of angels and have not charity, I have become as sounding brass or a tinkling cymbal.

2 And though I have the gift of prophecy and understand all mysteries and all knowledge; and though I have all faith so that I could remove mountains, and have not charity, I am nothing.

3 And though I bestow all my goods to feed the poor, and though I give my body to be burned, and have not charity, it profiteth me nothing.

4 Charity suffereth long and is kind; charity. envieth not; charity vaunteth not itself, is not puffed up,

5 Doth not behave itself unseemly, seeketh not her own, is not easily provoked,  thinketh no evil;

6 Rejoiceth not in iniquity, but rejoiceth in the truth;