A Discussion of Racism 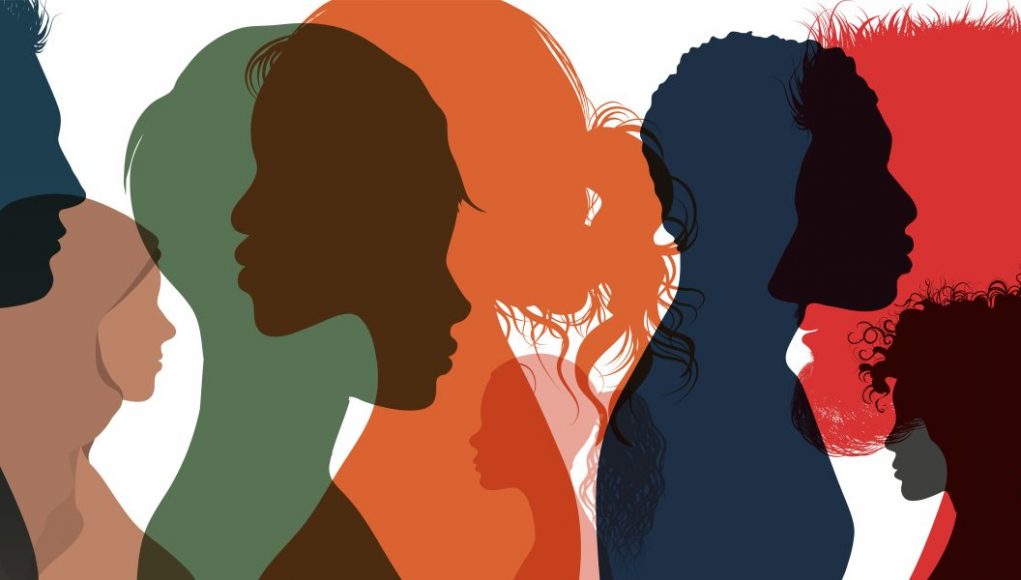 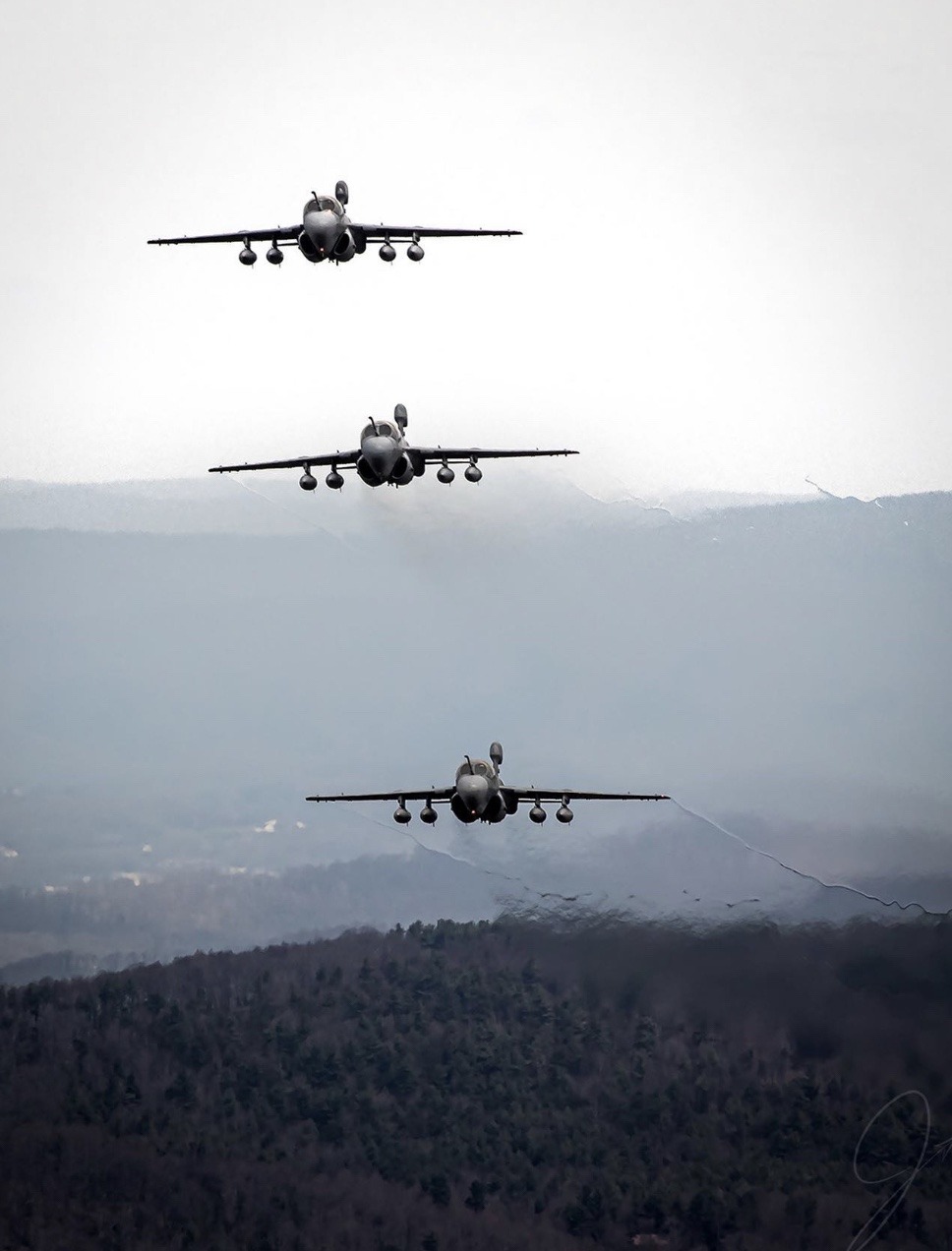 The values of the woke don’t carry much water in war-torn Ukraine. (h/t Claudio) – from PJ Media – it’s a good article.

Perhaps most disturbingly for the Woke, none of the imperatives they value so much turned out to be much in demand in war. People proved far more interested in survival—in guns, power, water, firewood—than in climate change, social justice, or gender identity. Mobility depended on “fossil fuels,” and people scrounged for it. Where could anyone have charged an electric car in Ukraine anyway? Despite the reported death of the family as an institution, thousands risked or lost their lives searching for their parents, grandparents, children, and grandchildren. And when they met, there was no social distancing. They embraced. One of the small mercies of the war was that few were reputed to have died of Covid. 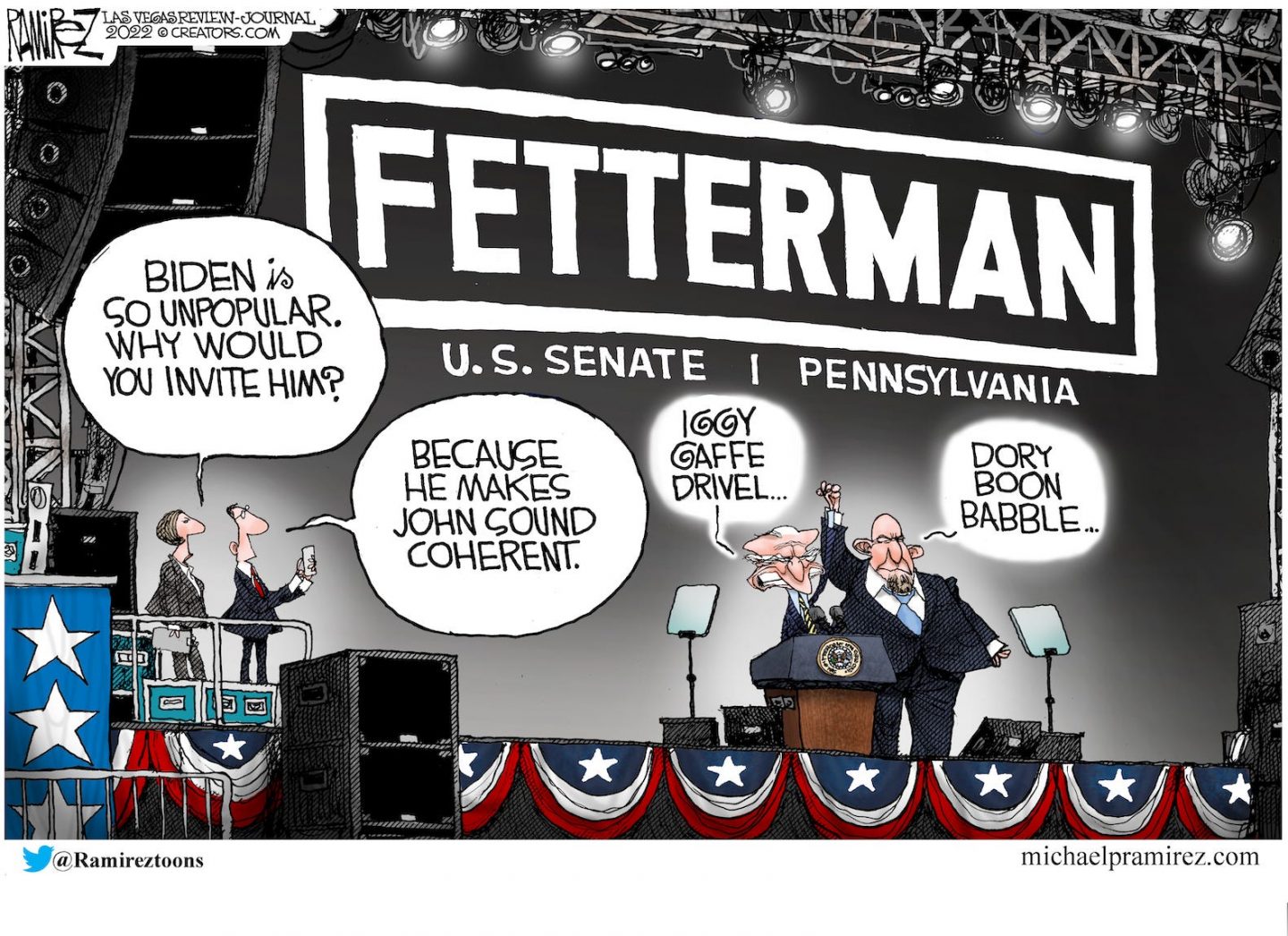 You don’t see ads often on this blog unless I’m flogging a book or something. Sam Jacobs asked if I’d post it here and I am doing that. Second Amendment T-shirts.

The Greek astronomer Hipparchus is often called the “father of astronomy.” He’s credited with discovering the Earth’s precession (how it wobbles on its axis) and calculating the motions of the Sun and Moon, among other achievements. Hipparchus was also believed to be compiling a star catalog—perhaps the earliest known attempt to map the night sky to date—sometime between 162 and 127 BCE, based on references in historical texts.

Scholars have been searching for that catalog for centuries. Now, thanks to a technique called multispectral imaging, they have found what seems to be the first known Greek remnants of Hipparchus’ star catalog. It was hidden beneath Christian texts on medieval parchment, according to a new paper published in the Journal for the History of Astronomy. 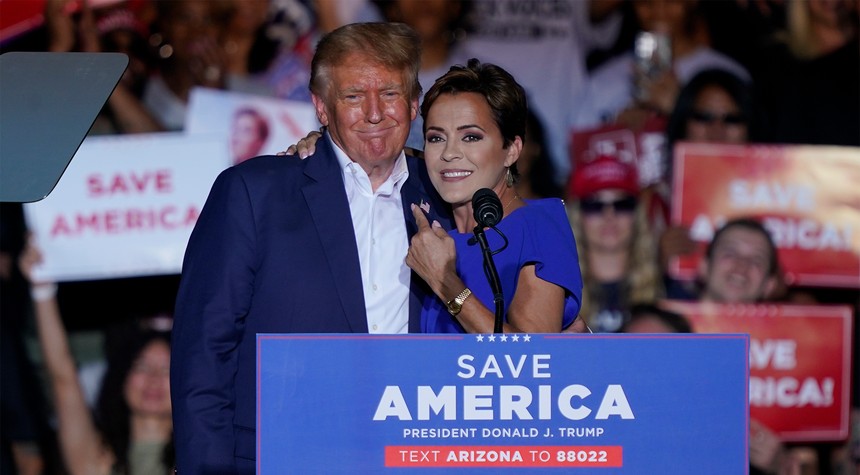 Lake told ABC’s “This Week” host Jonathan Karl that if she’s elected in November, she would “serve eight years,” effectively putting to rest the rumors that she might be former President Donald Trump’s 2024 running mate if he runs for reelection.

The prissy Senatorial warmonger doesn’t want to testify about his role in the 2020 presidential election. (more here)

Racism is not Racial

(H/T JW for collaboration) Some claim that the White Race is a kind of clan, hence a natural clan loyalty, for membership in a clan creates a common interest demanding submission to the need for mutual action, regardless of circumstances or personal preferences. Your skin color is your uniform. 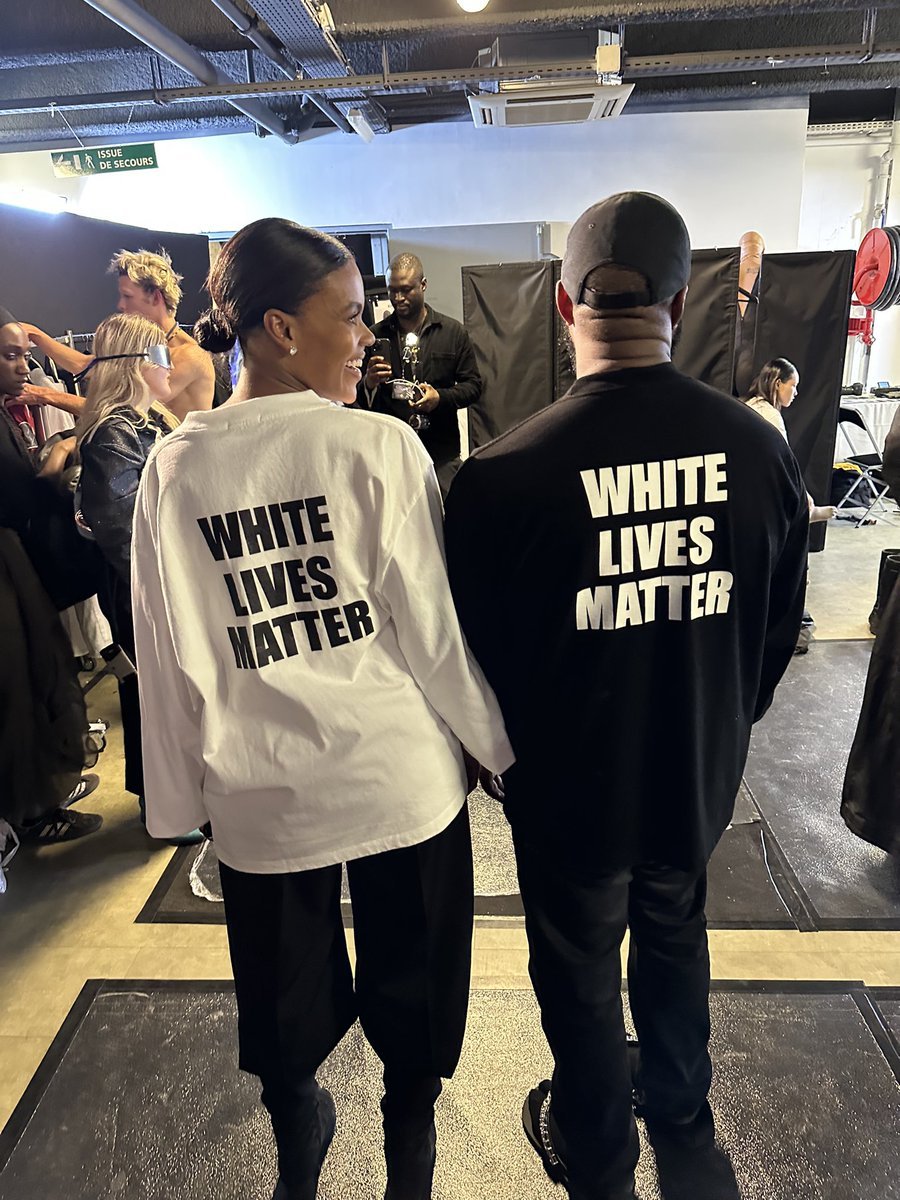 The claim goes further: Even those Whites not predisposed to vow fealty to Whiteness must do so since the other races shall combine against us, or already have. Examples of Jews protecting and promoting each other, Blacks receiving special and privileged treatment in corporate hiring, college admissions, and favorable news reporting, are used to show the combination against Whites. No one may print nor purchase WHITE LIVES MATTER on a tee shirt unless you are a famous black rapper who has an ex-wife with a massive ass end on her.

Hence, we Whites form a group as defined by their mutual enemies, so they might as well be loyal to it, and use race as a paramount consideration when determining their group membership and group actions.

So runs the argument.

I beg to differ. The White Race is not a clan. It is nothing of the kind.

In the older sense of the word, a Catalan, a Saxon, a Norman, a Prussian, a Langobard, a Cornishman, all were considered races, what we now call ethnicity.

In the new sense of the word, a race is a breed of mankind with some visible outward sign, more or less arbitrarily selected, to group a large number of ethnic groups together, hence the Whites, Reds, Blacks, and Yellows.

This was done for historical, not scientific reasons: Christendom spread south and east and crossed the Atlantic to discover the New World, and so divided the several (but related) races thus encountered into Asian, African, and American.

Where Semite races and Pacific Islanders fit into this rough category is a matter of debate. Sometimes Jews, Persians, and Italians are considered ‘White’ and sometimes not, depending on the preference of the speaker and the phases of the moon.

In the politically correct sense of the word, the word means any oppressed group, so ‘Hispanics’ which includes both Spaniards and Portuguese and Mestizos, Argentines and Mexicans and Patagonians and anyone else from Central or South America, is classed as a race.

Likewise “African-American” is classed as a race, even though the various tribes from which they ultimately come have few genetic markers in common.

“Orientals” are not classified as a race because the word is now considered offensive, but when Orientals are gathered together with Siberians, central Asians, Indians, and Middle-Easterners, and called “Asians” that is not offensive, even though there are two or three distinct races encompassed in the group.

A clan, by way of contrast, is a political as well as a religious and kinship unit.

A clan, in order to be a clan, must have some ability to act as a unit, and some form of leadership, even if diffuse. A modern American has little or none: other men named Wright, for example, will not leap to my defense out of clan loyalty, because none know of any blood ties to me.

On the other hand, among crime families, extended loyalties to cousins and second cousins overseas are often maintained, because the police form a common enemy, and their need to coordinate forms a common bond. With this comes a mystique.

The emotional ties of Hatfield to Hatfield and the bad blood between their foes, the McCoys, have no parallel in the alleged and invented unions called White and Black and Yellow and Red.

When a black, out of loyalty to another black, uses the excuse of a press lie about police brutality to riot and rob a liquor store, that is an expression of political, not racial loyalty. No black would rob anyone out of solidarity with Thomas Sowell or Clarence Thomas.

There is no common mystique binding White with White or Black with Black. There is no common leadership, common language, common culture, or common economic interests. Even if one wanted to build a city or a commonwealth on shared racial interests, there are none.

There is rationality and liberty on the one hand and insanity and slavery on the other.

The Left, no matter what they used to support, nowadays supports insanity and slavery. To gain power, the Left uses race as an excuse for stirring up group hatred. Except when they use sex, sexual orientation, or national origin, or religion.

Racism is not racial; it is political. This is so obvious I assume people who say otherwise are Leftists since no one but Leftists make a studied habit of denying the obvious.

The race loyalty preached, for example, by Hitler was a national race (old definition). He was not urging unity of all White races together. Indeed, the Slavic races were the particular foes of his pan-German movement.

I believe ignorant fellows on the Internet found an obscure immigration law from the Eighteenth Century which uses the term “Whites” and from this concludes that the Founding Fathers meant the nation to maintain a pan-European racial composition.

Unfortunately, the term in that context simply meant “Christians” but the founders, conscious of the First Amendment, did not want to write that language into the bill. They wanted a shorthand term to refer to men from the various European nations, and perhaps Canada, Florida, and Mexico.

Obviously, black slaves were excluded, as were the aboriginal savages. Since this was before the discovery of the Pacific Coast of America, there was no concern about Chinamen. So there was no other word to use.

But the conclusion that Whites, therefore, in the eyes of the Founding Fathers, represent some sort of political unity based on race is absurd.

In any case, loyalty follows from the worldview, which means, from religious faith in wise men to political party loyalty in fools. Loyalty is not determined by genes, but by the thoughts, your worldview has about genes.

Even if instinctive loyalties did draw Irishmen towards Englishmen, and Koreans toward Chinamen, nonetheless the idea that laws and customs should be based on such loyalties is a political idea.

If political ideas are instinctive, there is no point in debating them. If they are not, then the debate is political.

In the case of America, the obvious tie that binds all our loyalties together is Americanism, that is, the unique cultural and political worldview created here in the New World.

It is, in all modesty, the most astonishingly successful worldview in history. It was the view that men of any nation in Europe could come here and become American merely by adopting American values, virtues, and loyalty to our laws and customs.