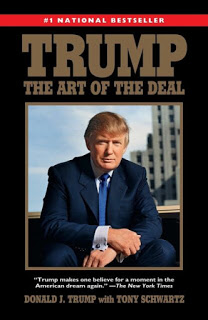 Facebook
Twitter
Pinterest
WhatsApp
On a Personal Note
The week began this weekend with a baseball tournament in the Phoenix Valley that my grandson (from CA) participated in. So I have a bit of a sunburn, all in a good cause. Then that family came up to the White Wolf Mine (their first visit) and they will be here with me for a few days. We’re going to Montezuma’s castle at Camp Verde, Grand Canyon, Tonto Natural Bridge State Park and will also be hanging locally. It’s still winter in the high country, no leaves on the deciduous trees yet. When they leave, another daughter with boys will arrive (with the ’48 Willys) and will stay for a few days as well.
I know what you’re asking yourself, “aren’t you working, LL?” That’s a great question because I have others doing work that I should be present for. And we shall see how they do without the old man wandering around, being a Lion in Winter…
Meanwhile, there are some things going around outside of the bounds of the USA (because my work is there, not in the US) that you might find interesting. Let’s bring everyone up to speed since the weekend when I was eating hot dogs and cheering on my favorite little league team.
In Venezuela
I maintain an active interest in events as they unfold in Venezuela. My company is clearly interested in events in Venezuela, and thus it’s something that is watched closely. Right now the place is such a mess that cutting the Gordian Knot isn’t going to work outside of military intervention. And the powers that matter are watching and waiting.
Two Russian air force planes landed at Caracas on Saturday, 23 March, carrying a Russian defense official and 100 troops, according to media reports. Assuming this report is confirmed and that the Russians remain, a token Russian force embodies Russian President Putin’s commitment to the Maduro regime. It is designed to act as a surety against a coup d’état or outside military intervention and stiffens the loyalty of Maduro’s generals. Nobody really believes that it is a Russian tripwire. However the Russians do have investments in Venezuela and 110 Russian soldiers is a low-cost/high impact tactic. The Russians are not there to manage Maduro’s safe conduct from Venezuela at the moment.
Those Lovable Norks

On Thursday, 21 March, the US Treasury Department announced punitive measures against two Chinese shipping companies that helped North Korea evade sanctions. A typical tactic was to conduct cargo transfers at sea. No additional sanctions were applied to North Korea. However, the Department also said that additional large-scale sanctions against North Korea would be coming.
On Friday, 22 March, North Korea withdrew its staff from the joint liaison office that opened last September. The regime made no official announcement. The leader of the North Korean staff said that higher authorities ordered them to depart. They did not ask the South Koreans to depart.

On 22 March, the US President announced that the additional large-scale sanctions would not be imposed on North Korea.

On Saturday, 23 March, DPRK Today, a North Korean government-run website, accused the government of South Korean President Moon of reneging on its promise to improve inter-Korean ties and of giving priority to “cooperation with a foreign force” over “cooperation among the Korean nation.”

“The South Korean authorities’ behavior is deeply deplorable,” it said. “The only things the South will get from cooperating with the U.S. will be a deepening subordination, humiliation and shame.”

On 25 March, a convoy of 17 vehicles carrying 39 South Korean officials reported to the joint liaison office as normal, joining the 25 officials who remained over the weekend. So they’re still hanging out, hoping for an improvement in the situation. There doesn’t seem to be any sort of linkage between the departing Norks and the sanctions imposed on the Chinese shipping companies.
North Korea policy has worked to maintain two tracks in managing contacts with the US and South Korea. It has kept them essentially separate. Some of the inter-Korean issues have no relevance to the US talks, such as separated families and reopening joint facilities.
Kim’s frustration with South Korea’s refusal to break with the US Alliance is well-established. As for the state of play, North Korea has admitted to two failures – in relations with the US and in North-South relations. Kim has delivered only tentative and preliminary results. He does not have unlimited time in which to achieve a breakthrough with the US or with South Korea.
In Kim’s world, the word of the great leader is law, until he changes his mind, or until he dies. He needs to make an irrevocable move if he wants to succeed in bringing peace to NorkLand. Denuclearization would be as close to an irrevocable step, on many levels, as North Korea could make. They have said it’s not on the table.
Thus the kabuki theater continues and we watch to see which way this is going. FOR ONCE, the US is not in a hurry for a political deal that will play well back home. President Trump wrote, “The Art of the Deal”.
Syria
In the same way as the US has, the Syrian Democratic Forces declared victory over the caliphate.
The Islamic State has been fully defeated, including its last positions in the Euphrates Valley. The Islamic State is defeated in the sense that it has lost all the territory it conquered. On the other hand, the Islamic State is very different from the time when al Baghdadi ruled his so-called caliphate.
Some commentators seem determined to minimize the significance of the victory because fighting continues. This was no ordinary low-intensity conflict. Nothing like the Islamic State erupted in the Middle East since Osman I founded the Ottoman empire around 1299.
Al-Baghdadi’s caliphate was based primarily on a brutish version of Islam that was far less tolerant than were the Ottomans. Few observers judged that in the 21st century an atavistic entity like the Islamic State could emerge, conquer and impose its rule on up to 12 million people. The worldwide caliphate lasted more than four years against the world’s most powerful armed forces.
ver the weekend, Islamic State suicide bombers attacked the pro-al-Qaida affiliate the Hayat Tahrir al-Sham (HTS) in Idlib. The impulses that gave rise to the Islamic State have not spent themselves. The Islamic State metastasized into the southern Philippines, Pakistan, Afghanistan, Nigeria and Mali and revived itself in Iraq. IN Syria, it will go to ground and engage in terrorist attacks.
The casualties are mind-numbing. The Syrian Observatory for Human Rights estimated 365,679 people were killed. Other sources say that 500,000 people have been killed. The UN estimated more than 5 million Syrians are refugees – nearly one-third of the population.