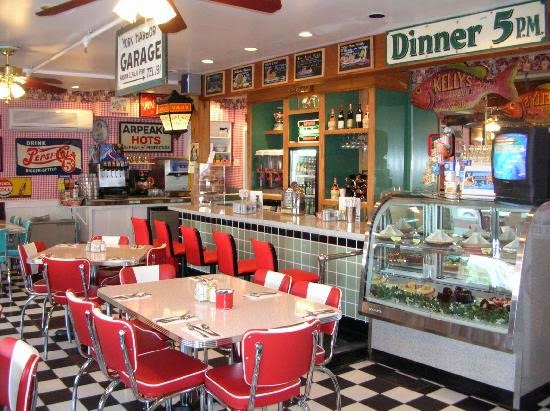 Facebook
Twitter
Pinterest
WhatsApp
A non-sequential series of fictional shorts:
Gary’s Diner
The waitress wore traditional 50’s garb and looked for all the world like a nurse with the exception of the waitress hat in stead of the nurses’ folded cloth cap. She was plain, and it seemed that her estrogen supply had just about been exhausted in that menopausal way. She laughed at another customer with that cigaretty chuckle that inevitably dissolves into a hacking cough.
Gary’s Diner was classically laid out in a color scheme of red and white. A counter ran along one wall and individual booths ran along the other. The big, lighted sign out front said, “Eat.” A smaller sign, set in a window announced to those concerned whether Gary’s was open or closed.
The waitress saddled down the lunch counter to where I sat. The nametag read, ‘Marge’. The cliché was complete. “The apple pie is on special but we’re out of ice cream.”