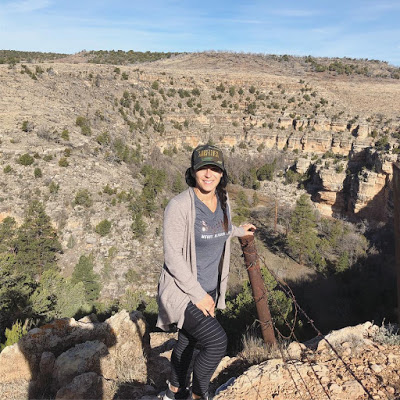 There aren’t any liberals in my family. I have a daughter who is more liberal than I am, but even she is a raging conservative. Thus, the political arguments are largely a matter degree. Should the border wall be 35 feet high or 100 feet high? Should we lay landmines along the border or just use the Border Patrol? Are we facing a new ice age or is it ‘just a wet year’? Things like that cross the table from time to time. Should there be mandatory military service or is a volunteer military ok? Should those who burn the American flag have their arms ripped off and used to beat them to death, or is a major ass whipping good enough?

(above) My daughter, Amanda, and I set out for Jack’s Canyon (near Blue Ridge, AZ). It’s a popular spot for climbers. There were some very large mountain lion tracks and I took this photo of her. We returned with family about twenty minutes later and there was lion scat where she is standing in the photo and more fresh lion tracks. As has been reported on this blog. Sometimes you stalk the lion and sometimes the lion stalks you.

There were a number of interesting moments when I took the rig to demonstrate what it can do in some challenging situations. I’ve had this FJ for eleven years now, and know what it can do so it wasn’t puckering for me, but the kids had a different take. 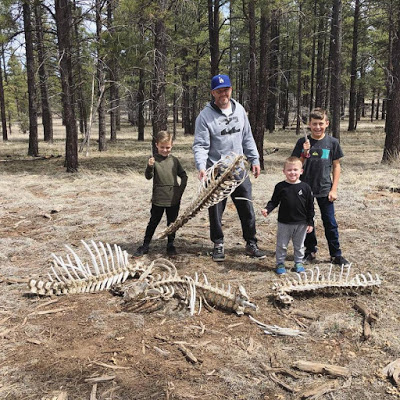 We happened on elk skeletons and the boys had to play with the bones. Boys will be boys. 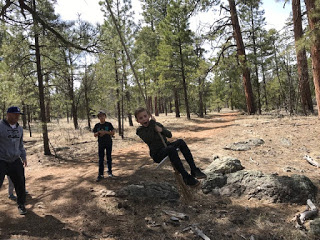 Then I spotted a swing hanging from a tall pine. Somebody made it sometime in the past and the boys took turns swinging. I think that they could have spent a large portion of the afternoon doing nothing but swinging.
There were a few other treasures (elk skull, rock that looked like an Indian arrowhead, but wasn’t and so forth) discovered along the way. It’s all just down the road for me but the grandsons had a splendid time. I have another crew of grandsons on the way to the house. I’ll have to introduce those boys to the swing.