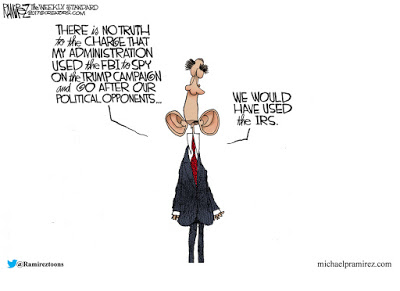 I’ve seen brief snippets of Barack Hussein Obama traveling here and there, bad-mouthing the country for not seating Hillary Clinton (lock-her-up) and for repudiating his agenda and his presidency on Fox News. I don’t watch the corrupt, smug, sly, lying mainstream media, but I’m sure that they feature Barack regularly.
He could have been everyone’s president, but he chose not to be. He ended up being the best gun and ammo salesman in the history of the nation. (way to go Barack!)
Now we know that there is no depth that the Obama Administration wouldn’t sink to in order to retain power and attack those who disagreed with them. It makes the Watergate scandal seem pitifully small and distant in the rear view mirror of history. 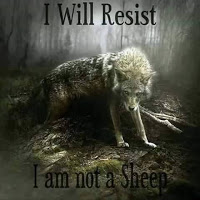 Progressives justify the Obama years. I can only wonder what they would have said if President Trump had mirrored his predecessor? The FBI’s credibility is shot. Obama and Clinton used them like kleenex (I’m being kind here). Many of us are not surprised that Barack behaved like a third rate banana republic potentate while in office. What surprised me is that the nation returned the whoreson to office a second time.
And after all the howling from the progressive left that the nation would be destroyed by President Trump, the stock market is soaring, tax reform is a reality, business confidence is higher than its been in a generation, unemployment is down and economic growth is not teetering on a recession every quarter.
As corrupt as Obama was, Hillary would have been much, much worse. We dodged a bullet with that one.
Climate Change – The War is Over
For those of you who follow global warming, climate change is off the “national threat list” and that means that the Defense Department and Intelligence Community don’t have to dedicate resources to fighting the weather. A lot of progressive rice bowls were hoping for those trillions in funding that never happened. Barack (see above) is bitter.