It’s the title of a short story by the legendary SciFi author, Robert Heinlein. In the story, The Man Who Sold the Moon, D. D. Harriman is a man who not only has a dream of traveling to the moon, he has (almost) the financial means to do it. Harriman’s schemes to not only raise the necessary money but to ensure that he will retain control of the moon once he gets there are convoluted, devious, devastatingly logical – and almost the complete antithesis of the way NASA has actually gone about it. That was futuristic art.

However, selling lunar real estate has become a real money maker. And if you blog readers want to buy lunar real estate, the land is going fast but I can still sell you some plots with great views of Earth on the Sea of Tranquility.

(Fox News) The moon may be a desolate ball of dirt that hasn’t seen human interaction in 40 years, but that hasn’t stopped some real estate moguls from making millions of dollars from it…

In one 24-hour period last week, Jackson said Luna Society inked 326 orders averaging about $50 each for total revenue of $16,715. Momentum has picked up from what Jackson refers to the “dark days” of the 2008 financial crisis, with visitors to its website averaging 1,640 a day and surpassing the 5-million mark last week.
Rival real estate company The Lunar Embassy claims to be growing even faster at 1,500 acres a day, even offering 40-year financing in some cases, according to its website. It also offers chances to buy into exclusive land-related programs, including its Century Club that costs $1,000, as well as purchase deeds for as low as $20 and a “Lunar Explorer DVD” for $50.

Yes, P. T. Barnham was correct. There’s a sucker born every minute. Fifty some million of them voted for Obama in the last election cycle. Did he promise a piece of lunar real estate to everyone who voted for him (in addition to the now famous ObamaPhone)?

Obama — for the record

During the President’s major address to the National Defense University just three months ago he declared “this war, like all wars, must end.” The plaintive cry of a man hoping that saying so makes it so. Sadly for President Obama, the Islamic Nations who want us destroyed, haven’t heeded the call of their fellow Muslim. In our ObamaNation, Secretary of Homeland Security Janet Napolitano decided that terror attacks are  “man-caused disasters.” The “global war on terror” was reduced an “overseas contingency operation.” Nidal Hasan proudly tells a military court that he, a soldier of Allah, killed 13 American soldiers in the name of jihad. But the massacre remains officially classified as an act not of terrorism but of “workplace violence.” If you wrote a novel twenty years ago about the cowardly Muslim, communist, half-negro who ran the nation onto the rocks while the mainstream media cheered, and wanted the next president to be Bill Clinton’s cast-off first lady, everybody would have called it “absurd sci-fi”.


If you wrote of a massacre such as Ft. Hood, where the turn-coat jihadi murdered other fellow soldiers for Allah, and called it “workplace violence” you’d have been laughed from the pages of any publication.


If you wrote a novel in 1969, the year that man landed on the moon, and said that forty years later the president would make NASA’s mission – Muslim outreach, it would never have been published because it would be too weird to be credible.

Not necessarily news you can use, but we all use them (hopefully) 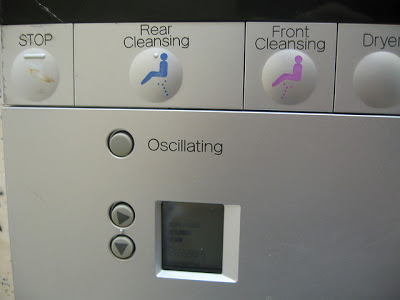 Some offer more exotic options (above)

Some are more basic as this Chinese commode illustrates (below) 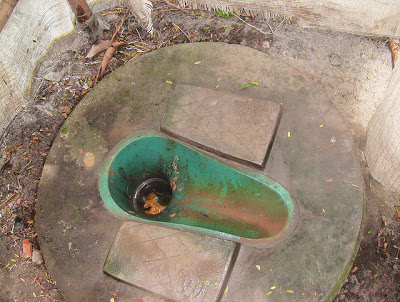 Some locations offer exotic signs to let you know where —  to go. 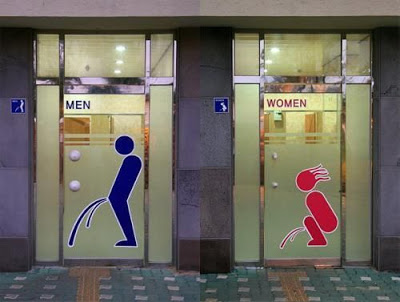 Urinals in France can be flamboyant, and allow you to view the latest fashions while you leak. 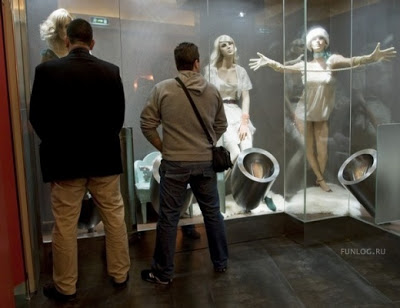 And in Mexico, some signs are in English for the benefit of visiting tourists 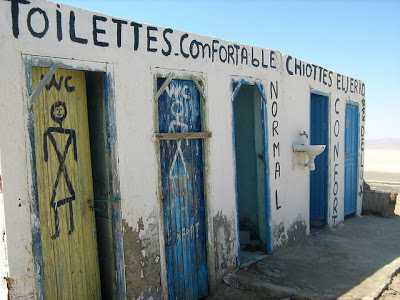