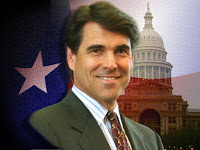 I’m not sure who I’ll tout for the Republican Party Presidential Ticket in 2012. Though Michelle Bachmann is in the lead at the moment, I’m almost certain that we’ll see that star fade as the money goes to former Governor Mitt Romney (MA) and Governor Rick Perry (TX). At the moment, I’m edging toward Perry though the jury is not yet in on him. Romney is a RINO. Yes, he’s an order of magnitude better than Obama, but his conservative credentials are tarnished.
The Obama Campaign has vowed to destroy Romney through the press, etc. (Politico) I’m sure that the mainstream media will be willing Obama pawns once again. 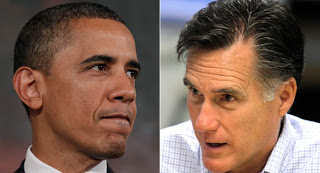 “Barack Obama’s aides and advisers are preparing to center the president’s reelection campaign on a ferocious personal assault on Mitt Romney’s character and business background, a strategy grounded in the early-stage expectation that the former Massachusetts governor is the likely GOP nominee.”

We all know that Obama can’t run on his record, so he’ll go ugly early in the hopes of the press (backed by Obama campaign money) doing to Romney what they did three years ago to Sarah Palin.
The rest of the Republican pack: Newt Gingrich (I think he’s still in but why?), Jon Huntsman (John who? – Obama’s friend, oh, that’s who), Ron (I believe in flying saucers) Paul, Herman Cain (the Republican black man) and Milk Toast Tim Pawlenty round out the field.  I don’t think that any of them will be Romney’s or Perry’s vice presidential picks. I still default back to Paul Ryan as an extremely good pick for Vice President. He’s said that he’s not running for President but he’s never ruled out the VP job.
Imagine with me, if you will, the Joe (Slow Joe) Biden vs Paul Ryan debate! Ok, it may never happen, but if it does, I’m going to record it.
What to watch for in the Democratic Party’s camp:
(1) Obama will dump Biden and will find another Democrat who’s not such a screaming idiot. Biden is old and can decide not to run based on health reasons.
(2) The only current challenger to Obama’s nomination to the Democratic Party ticket is Randall Terry (don’t feel bad if you don’t know who he is –Link to DNC). The Democrats are looking for a serious alternative to Obama and I have no idea who they’ll be propping up. Most of the Democratic Party’s Senators are a lot like Harry Reid and John Kerry – as cold as vipers. But don’t rule out Gov. Andrew Cuomo (D-NY). I would be shocked if Hillary Clinton got back in that game.