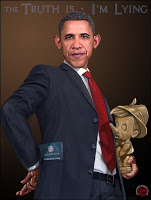 How weak are the American people? How corrupt is our character? We seem unphased by the millions of murdered/aborted children every year. We elected Obama, a pathological narcissist (therefore a chronic liar) to be president. Harry Reid is the Senate Majority Leader – so maybe the answer is obvious. (h/t Dale for the graphic – right)
—
I’ve been poor and I’ve been comfortable — and comfortable is more…comfortable. However the lifethat my grandparents lived wasn’t horrible, but there were things they didn’t do that I’m able to do. I know that’s our American dream, isn’t it? I want my children and grandchildren to be better off in all respects than I have been.
However, a lot of that has been stolen by socialists, not the least of whom is Pres. Barack Hussein Obama. But he’s not the only one. Politicians pay for votes by using taxpayer money. It’s the oldest game in the book. Julius Caesar did much the same thing (adjusted for his time in history).
So the bees are in the butter and we can’t shoo them away? Is that where we are in time and history?
Rasmussen Reports presents a dismal survey:

Nearly one-out-of-two Americans (48%) think that cuts in government spending are at least somewhat likely to lead to violence in the United States, according to a new Rasmussen Reports national telephone survey. But that includes just 13% who feel it’s Very Likely.
Nearly as many Adults (44%), however, believe violence as the result of spending cuts is unlikely, but only 12% say it’s Not At All Likely.
Americans under 50 raise the possibility of violence more than their elders. Most adults not affiliated with either party (58%) think spending cuts are likely to trigger violence, compared to 46% of Republicans and 42% of Democrats.
Tax hikes and a crashing stock market are seen as less incendiary in the minds of most Americans. Thirty-seven percent (37%) think increased taxes are at least somewhat likely to lead to violence, but 59% view that as unlikely. This includes 14% who say such violence is Very Likely and 20% who believe it’s Not At All Likely. 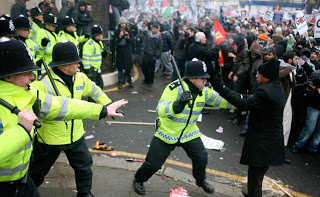 The poll showed that 48% of Americans feel that there will be civil disorder if the US stops borrowing 40% of each dollar it spends. Are the American people THAT dense? Pulling the lolly pop out of the mouth of the mouth of the spoiled child will cause it to riot. Well, maybe we are as pathetic as the British are in their riots – because the government is reducing their welfare payments.
Weakness can also be measured in terms of appeasement. The Obama Administration has recast the nature of Islamic Terrorism. I wonder if it’s Saudi money (bribes) that spurs the government in this sad and ineffective approach.
Appeasement of Islamic Terrorists (LINK)

(Commenterama) Quintan Wiktorowicz is the main inspiration for the policy paper. Would you like to hazard a guess as to where he is coming from? Well, after 9/11, he authored several treatises on how al-Qaeda (my preferred spelling) must be distinguished from moderate Muslim organizations such as Hamas and the Muslim Brotherhood. He also distinguishes between good Salafists and bad Salafists (a very violent offshoot of the Brotherhood). That’s a bit like distinguishing between the SS and the Gestapo. His arguments haven’t changed with time, and now the President of one of the largest Muslim nations on earth has singled him out to plot American strategy to bring Islam into mainstream America and deflect violent extremism.

The underlying philosophy of Barack Obama, as evidenced by this paper and his choice of the authors, is that if the fox keeps killing your chickens, put the fox in charge of the henhouse. The paper actually suggests that the most devout Muslims are the ones who are best for combating radicalism. “Very religious Muslims are the most resistant to radicalization while those most likely to be radicalized lack a good grounding in Islam.” Very religious Muslims like bin-Laden, al-Awlaki, and Adam Gadahn (“Azzam the American”)? 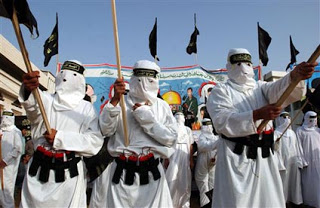 The American people need to decide what is and what is not in their best interests. Appeasing Islam is not a good idea. Presidential Candidate Ron Paul said in the Iowa debate last night that we should completely ignore it.
You know, if we try to crack down on terrorists – they might riot too!  Then where would we be? Islamic radicals rioting? People rioting because their food stamp allotment has been cut may join with them.