Lion of the Caliphate 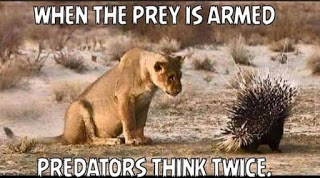 Facebook
Twitter
Pinterest
WhatsApp
ISIS Praises Mateen as ‘Lion of Caliphate,’ Urges Attacks at Theaters, Hospitals, Amusement Parks (read more here).  You’ll note that the lions of the caliphate pick on helpless Americans (in gun free zones) to work their magic. In San Bernardino, they picked on co-workers who had befriended them, who had thrown a baby shower for them recently, and so it goes. Barack attacks Trump rather than the ISIS savages.

There’s nothing to say that hasn’t been said. The sooner Barack is out of office, the better. America needs to take care of the ISIS scourge and extinguish it. If Trump is elected, we will. If Hillary is elected we won’t.

The mournful howls of the left, calling for confiscation of all privately owned firearms (unless they’re being used to protect the elite), continue.

America will make that decision on the second Tuesday in November. Truth be told, there are too many firearms and not enough firearms takers to make that happen, but they’re willing to spend some lives to try. I suggest that they recruit from the inner cities and have those stalwart Democrats storm the homes of honest Americans exercising their Constitutional Rights.

We need our fun too. It would be nice if they waited until I made the move to rural Arizona, on the Mogollon Rim, before they struck.

I figure that the storm troopers will leave those perched on the rimrock for last. 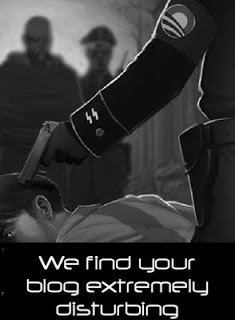 The lies and obfuscations are laid out in many of your blogs and mine. It’s not much of a secret but many Americans rely on their mainstream media for the truth. It’s a sad fact that you find more truth on the pages of Pravda than you do on the New York Times these days. Atlas has clearly shrugged.

Will the FBI lay out the criminal case against Hillary Clinton before the presidential election or will it be spiked by national command authority? After all, none of us knows what Hillary has on Barack. A failure here to find justice is a failure of the Republic in general – and the end of the rule of law as we know it.

I feel sorry for the young men and women out there. We are handing them impossible debt, a fractured education system designed to indoctrinate rather than to educate, and an economy that is teetering.

War is peace, freedom is slavery, ignorance is strength…(1984)