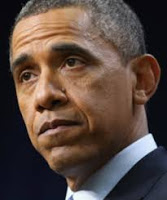 The leftists/progs’ eyes glaze over when people attempt to discuss the various tragic mass shootings and terrorist attacks by Muslims obeying the Qur-an. You experience a monotone response when they speak of the ‘nameless enemy’, with vague references to ongoing victories in the ‘long march’.
When jihadis strike, they need to re-define the obvious into workplace violence or an understandable reaction to Western oppression. In the case of Orlando, the discussion devolves into what is wrong with Christians, more specifically  Catholics, or Conservatives – maybe Trump or George W. Bush. Notice the change as they shift into their comfort zone. See how their eyes light up, and they are transformed by righteous indignation at public ownership of firearms.  Their speech becomes strident and they take on mellifluous, resonant, emotion-charged force.
To the Left, no external threat is pertinent. The only threat comes from the white privilege, or the Jews. The Left are in a continual posture of rebellion, even when there is no one left to rebel against because the Left runs everything. And so make believe things allegedly somehow in charge of the universe have to be invented to justify the continued rebellion. They remind me of North Koreans, blaming everyone but themselves for their failures. One can only guess what would happen if like Don Quixote, they looked in the mirror honestly. Some do, and they change. Most don’t.
Hillary Clinton’s criminal culpability is simply an attack on her based on her gender identity. Facts don’t matter. Nothing matters except the fanatical dogma of the left. The mainstream media validates these beliefs.
To a progressive person the problem is liberty. Liberty produces all the evils of exploitation, hate speech, inequality of incomes, lack of diversity, and no human being can be trusted with liberty. Therefore they wish to expand the state to it absolute maximum limits of totalitarianism, control not only of deeds and words, but also thoughts. The only hero can be the state, which defeats all oppression through absolute control.

The American education system trains them, and sends them forth like blind prophets who come to conclusions by feeling the elephant and pronouncing the nature of the elephant based on a the tactile sensation of grasping a trunk, a tail, an ear or a tusk. As with the lilies of the field, they toil not, neither do they spin. Bread comes to them from the system, which cares for them so long as they accept the long march and do not question.