A Look Back at Medicine 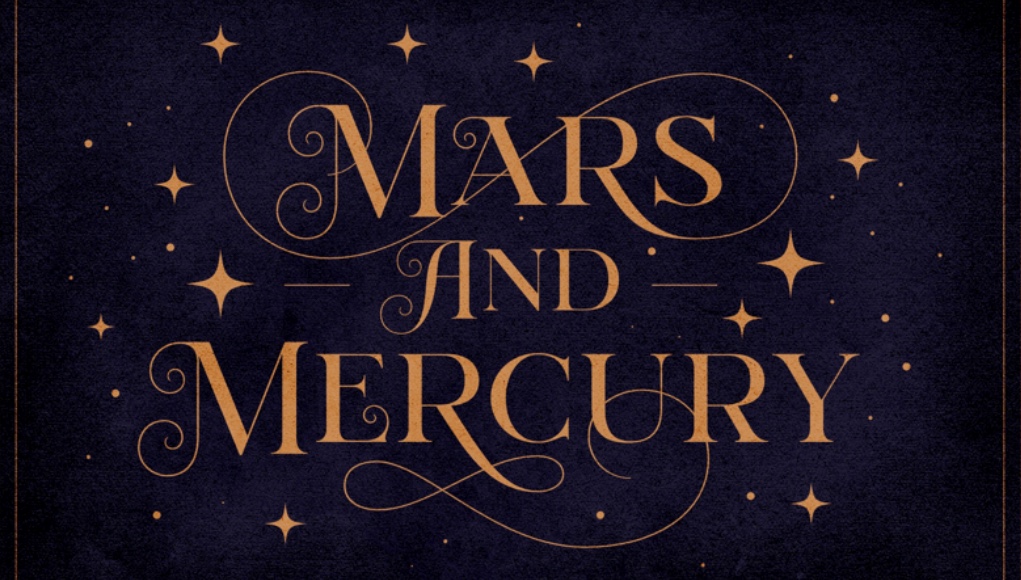 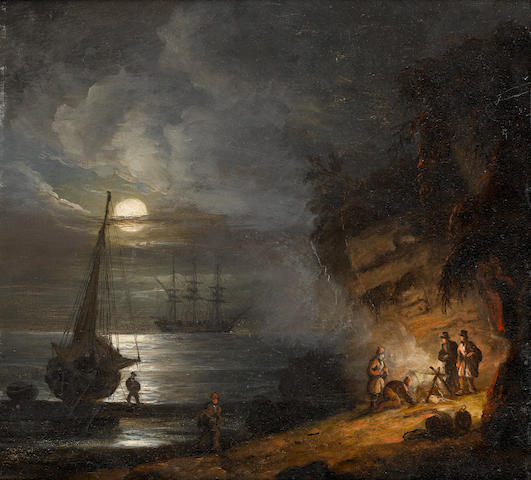 Having been exposed to the medical establishment, I’ve seen different standards of care provided by doctors within the same insurance group. Some are careful, some are careless. Having some time on my hands, I turned to the days of Fighting Sail as I often do, this time with a focus on tropical diseases and genitourinary medicine (separately) aboard wooden ships plying their trades in the tropics.

The best place to look is in the journals of surgeons who recorded their findings for the benefit of the British Royal Navy as a whole.

To become a naval surgeon in the 18th century, an apprenticeship was first served with a practicing surgeon ashore. Time could then be spent in a university or local hospital to learn the basics of anatomy, physic, and pharmacology. Few matriculated however and once they had gained sufficient knowledge, they proceeded to the College of Surgeons, in London, for examination.

The diary of surgeon Peter Cullen contains a contemporary description of this examination, held at Surgeon’s Hall, Old Bailey, near Newgate, at seven o’clock in the evening on the 3 December 1789. Cullen, we are told, “made himself thoroughly acquainted with every surgical question or case that could possibly be propounded to him and went confidently in …. the examiner proceeded to question him on anatomy, physiology and surgery [and] some of the more important surgical cases or diseases, and how he would treat them. This Gentleman was quite satisfied with Mr. Cullen’s proficiency, and taking him up to the center of the table, where the president bowed to Mr. Cullen and desired him to pay one guinea as a fee.”

The Court of Examiners of the College of Surgeons would tell the navy at what level the newly qualified surgeon could serve in His Majesty’s ships. Only the best could be a full ship’s surgeon, most became a surgeon’s mate, first, second, or third class. Furthermore, the rate or size of the ship was also specified. The college also had the privilege of specifying which instruments were to be provided and examined the instrument chests before each voyage. Surgeons (at least at the beginning of the war) were obliged to buy their own instruments and chest of medicines.

Onboard ship, the operating area (and often the surgeon’s cabin as well), was found on the Orlop deck. This was below the waterline, dark and stuffy and fouled by the air coming off the bilges. The low deck height forced the surgeon into a constant stoop. It was, however, a comparatively safe area during a sea battle. Although, with the massive 32 pounder guns of the lower gun deck thundering above the surgeon’s head, it was not necessarily the most peaceful working environment. When the ship was not in action, the sickbay was usually situated on a higher deck, often in a partitioned area with more light and air. Most patients who feature our discussion today would have been treated here.

Surgeons of the Royal Navy during the Napoleonic and revolutionary wars, between 1793 and 1815, were solely responsible for all health care of the officers, men, and boys of their ships. Naval surgeons at this time were obliged to provide both the Admiralty and the College of Surgeons with a detailed medical journal of every voyage. There are, unfortunately, precious few of these extant. Nevertheless, those that remain give a first-hand account of contemporary medical and surgical practice. The journals contained 446 presentations to the sick list of men with genitourinary symptoms. The presenting symptoms are grouped together under the following headings; venereal disease, penile pathology, scrotal pain and swelling, urinary symptoms and retention, stone disease, and trauma. Examination of these journals permits a glimpse of medical life in the Royal Navy during the time of Nelson. The caseload and management of genitourinary disease show the diversity of presentation to these surgeons.

Stones in the bladder were of course well known. One sailor, James Williams, aged 50, was said to have a known stone. He presented while his ship, HMS Alfred, was stationed in the West Indies, with ardor urinae and passing urine like “soapsuds”. He was discharged ashore to Port Royal Hospital for treatment. The soap sud quality of his urine is an unusual description and could also have been pneumaturia caused by a vesicoenteric fistula. The only definitive treatment available at the end of the 18th century for bladder calculi was lithotomy or “cutting for the stone”. Lithotomy was not common; understandably, it was avoided at all costs. Many less invasive treatments were tried first including poultices, application of hot flannels, cupping, blistering, and bleeding.

Stones described as “the gravel” appear in two cases. It was recognized even then, that smaller stones could form in the kidney and pass down the ureter presenting with colic. In five cases, a diagnosis of nephritis was given. Joseph Daykens, the tailor of HMS Albion, for example, presented with pain in the back, fevers, rigors, and with turbid urine containing sediment. His story is consistent with pyelonephritis.

A huge number of presentations to the surgeon in the journals are with abdominal pain. Although these are sometimes well described it was not often possible to make an attempt at a modern diagnosis. There were five cases however that did suggest a probable diagnosis of renal colic. For example, Marine Thomas Russel of HMS Alkmaar, presented with loin pain and testicular pain with no visible disease of the testicle. The pain was such it deprived him of his zest and appetite. He also complained of strangury. He was given opium for the pain and sent to the hospital ship.

Venereal disease was the most common presentation. There were 338 cases that could be directly attributed to venereal disease. At this time, venereal disease was divided simply into gonorrhea or lux venereal, also known as lues or the French pox, which was syphilis. A confident diagnosis of gonorrhea was given in 104 cases and of syphilis in 66. The different times of onset of the two diseases were recognized, as was the appearance of secondary symptoms with syphilis. Syphilis was generally treated with mercury as the chloride or iodide salts or as an ointment in suet or lard. This was often applied as a solution called calomel (mercury chloride). Mercury treatments were also called saturnine, lunar caustic, or just plain clap balsam.

Then there were tropical illnesses (fevers) which were responsible for most of the deaths on board. The tropical diseases often left the surgeons helpless and powerless. Here is a small overview of the diseases that were frequently found on board. If you don’t want to read this, as always, then better don’t do it. 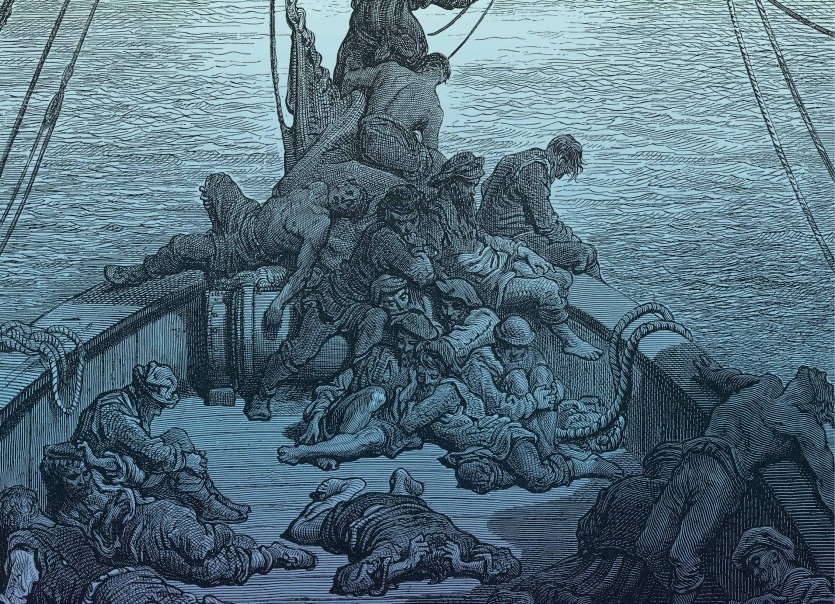 I doubt that the present covid plague that spares 99% of its victims would have made the list if the bio-weapon effort appeared in the historical period in question.

Until 1956, it was not possible to distinguish between malaria and yellow fever, so it was difficult to treat the affected person. The patient develops fever, headache, and chills after about 3 to 6 days. This also disappeared again in mild cases. More severe cases developed jaundice as a result of liver damage and bleeding from the gastrointestinal tract. This ended fatally in most cases. The whole thing was untreatable, the surgeons could only treat individual parts of the disease, but even that was often unsuccessful. If the all-popular bloodletting was added, this usually brought the patient to the watery grave even faster, as it weakened the body even more. Attempts to inoculate, rub or even drink the vomit of the sick did not help either the surgeons or the patients. Besides, there is no specific therapy so far. Only the symptoms of the infection can be treated.

Malaria was just as treacherous as yellow fever. It too led to fever, headache, and chills. But it also leads to diarrhea, vomiting, enlargement of the liver and spleen, mental breakdowns, and even coma and subsequent death. Since the middle of the 17th century, however, people on board have tried to treat malaria with the so-called cinchona bark from South America, which worked well. This worked well, which is why most surgeons distributed it to the entire crew when they went to these regions.

Also called Bloody Flux, dysentery was not a very pleasant but unfortunately often occurring disease, which was caused by spoiled water and food and the amoebae that settled there. To keep it short, the affected person literally shat himself to death. The surgeons fought against this with aniseed, nutmeg, but also sitting on hot stones, bloodletting, and a root called ipecacuanha from South America, which was also discovered in the 17th century. But there is also bacterial dysentery, which can be treated today thanks to antibiotics, whereas back then it meant death.

Even if you don’t believe it, this disease originated in the so-called Middle East and was brought to central Europe by the Romans. At the onset of the disease, there is a severe feeling of illness, headache, and backache with high fever (smallpox fever) and chills. At this point, the patient is highly infectious. In smallpox, a biphasic course of fever is typical: after one to five days, the fever drops and rises again after one day. Now the typical skin symptoms appear. Smallpox was initially treated only symptomatically until the 18th century when it was finally vaccinated. According to the WHO, the world has been free of smallpox since 1980.

If anything spread like wildfire alongside the other diseases, it was ship fever. In addition to nasty red spots all over the skin, high fever, headache, pain in the limbs, and dizziness occur. The disease is transmitted by fleas, mites, and ticks. Again, there was not much the surgeons could do except bathing, re-clothe, and disinfecting with vinegar. Otherwise, the symptoms were treated. However, as soon as the animals had been deprived of their livelihood, the typhus also decreased and the patients usually recovered, but unfortunately, there were also often many deaths.