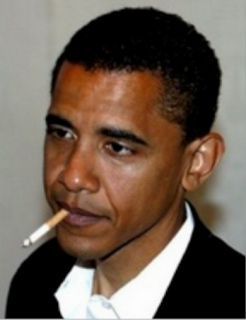 We live in a country that elected a shameful man to be the President – a man who cares little for the nation and works to enshrine his own glory (though admittedly does it poorly).

This is the president whose administration views the terrorist attacks of 9/11 as a “man caused disaster” and who says those who died in Iraq and Afghanistan paid the ultimate sacrifice in an “overseas contingency operation.” Instead of stirring rhetoric, we get boilerplate bureaucratese read off a teleprompter.
barack hussein obama is a morally bankrupt, self-serving, ignoble, wretch who seems to lack all sense of what a president is supposed to be. At every single possible level.
I don’t know if he has changed his plans not to attend the wreath laying ceremony at Arlington National Cemetery or not. The press reported that he planned to vacation in Chicago over the weekend. The president of unknown origins won’t be draping a wreath on the Tomb of the Unknown Soldier.