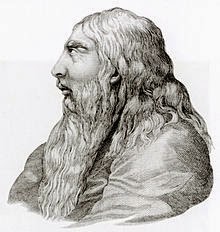 Facebook
Twitter
Pinterest
WhatsApp
On the 19th of October, in the year of our Lord Seventeen Hundred and Seventy-Four, George the Third, by the Grace of God, King of Great Britain, France, and Ireland, Duke and prince-elector of Brunswick-Luneburg in the Holy Roman Empire, Defender of the Faith, The Supreme Governor of the Church of England and thus (essentially) the Vicar of Christ on Earth issued an Order in Council forbidding the export of arms and powder to America.
King George the Third clearly fancied himself as God’s instrument on Earth, but his efforts at clamping down on uppity colonists in the Americas cost Great Britain the continent.
The “Shot heard round the world” that resulted from the British march on Concord (through militia assembled on Lexington Green) was a move to seize firearms, powder and shot from Americans lawfully in possession of same. It forced Americans to make a decision. Enough of those who were sitting on the fence hopped off, and it led to a Declaration of Independence.
In his later life, King George III was blind, deaf and suffered from dementia. His legacy consisted of his two sons, George IV and William IV, who succeeded him but both of whom died without leaving legitimate heirs — thus the throne went to the only legitimate child of the Duke of Kent, Victoria, the last monarch of the House of Hanover.
Enforcing gun control in America didn’t work very well for King George III.
Shortly after taking office, American President Barack Hussein Obama, Attorney General Eric Holder and others devised a scheme to use clandestine means to deliver firearms in the United States to Mexican drug cartels under the rubric of an OCDEF Group 1 investigation, led by the Federal Bureau of Alcohol, Tobacco, Firearms and Explosives, titled Operation Fast and Furious. The actual purpose of this operation was to generate public outcry at firearms  originating in the United States ending up in the hands of organized crime. This would become the basis of an initiative to craft and execute draconian firearms control laws in the US (in violation of Constitutional Law).
Early research done at the request of Secretary of State Hillary R. Clinton found that only about six percent of the firearms used by drug cartels in Mexico originated in the USA. This number was dismally small to those who had an agenda. BATFE’s “Gunrunner” program was seen as the solution to puffing that six percent number to something meaningful enough to use as a partial basis for depriving law abiding people in America of their firearms.

We all know how that turned out – a bloodbath that soured US relations with Mexico to the low ebb they are now at. Congress officially accused Attorney General Eric Holder of lying under oath. Holder is the bulwark to protect President Obama from impeachment for high crimes and misdemeanors. To date, the bulwark has held.
Obama Presidency will leave America a lasting legacy – by generating a buying spree for firearms and ammunition unequalled in the nation’s history, leaving the private citizenry in the nation more heavily armed than they ever have been.

(Link) “There have been 65,376,373 background checks completed for Americans purchasing firearms since February of 2009, the first full month of Barack Obama’s presidency.”

Author’s note: That only applies to lawfully purchased firearms. One can opine that the number of firearms purchased outside of legitimate and lawful channels was significant. By 2012 Mexican drug cartels were importing Chinese and Russian made firearms into the US in significant numbers because the profit was greater for them than trafficking in drugs. Whereas many otherwise law abiding Americans would not buy drugs from organized crime, firearms were a different matter and the source was not as important as the very fact that people now owned firearms. It’s also significant to note that there has not been any reported use of these weapons in the commission of crimes of violence.

It’s interesting how that works.