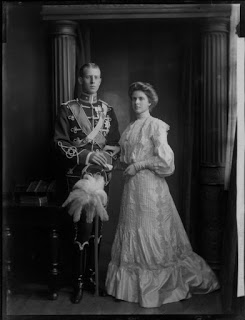 Facebook
Twitter
Pinterest
WhatsApp
I’m talking about Old Blighty, of course, home of roast beef and Yorkshire pudding (if you eat it and you’re not British, you’re culturally appropriating). They’re rehearsing the death of HM Queen Elizabeth II (more here). Charles has assembled a team of advisors to help his transition. HM QE2 is rumored to be considered stepping aside and allowing the ‘dim bulb’ to rule in her place. Charles swore not to “meddle” in politics and to just be a ceremonial figurehead. Some of those advisors are known to me and they are Greek.
The Greek Connection
Trivia Question: Queen Elizabeth II and Prince Philip, Duke of Edinburgh, have visited almost 200 countries and all EU countries. Except for one. Which one? (the caption is a give-away)
The Royal Dirt
The grandfather of Charles, the Prince of Wales, Prince Andrew of Greece and Denmark, was born at Tatoi Palace, in the outskirts of Athens in 1882. His father, Prince Philip, the Duke of Edinburgh, was born in Corfu, at Mon Repos Palace in 1921. Technically they both are Greek by birth even though they were also British citizens.
Even though mummy and daddy haven’t visited Greece, Prince Charles has visited Greece several times. Last summer, for instance, he took a mini cruise in the Ionian with his wife Camilla-the-Horse, Duchess of Cornwall.
Context, Precedence and Pedigree
Prince Andrew of Greece and Denmark (1882-1944) was the seventh child and fourth son of King George I of Greece and Olga Constantinovna of Russia. He was the grandfather of Charles.
Prince Andrew was an officer in the Greek army and served in the Balkan Wars (1912-1913). In 1913, his father was assassinated and Andrew’s elder brother, Constantine, became king. Constantine’s neutrality policy during World War I led to his abdication, and most members of the royal family, including Andrew, were exiled.
On the royals’ return a few years later, Andrew fought again in the Greco-Turkish War (1919–1922), but the war went badly for Greece, and Andrew was blamed, in part, for the loss of Greek territory.
The court martial was about to sentence him to death for the losses but General Theodoros Pangalos intervened and saved him, on the grounds of his “great inexperience of commanding upper ranks”. He was exiled for the second time in 1922, and spent most of the rest of his life in France. It seems that Andrew shared the incompetent gene with his grandson, Charles. (though Andrew’s son, Phillip, the current Duke of Edinburgh, is said to have been a brave, gallant and resourceful soldier)
Prince Andrew was estranged from his wife, Princess Alice, but never got a divorce. He spent the rest of his life in Monte Carlo and died on Dec. 3, 1944 from a heart attack. His body was transferred to Greece and buried in the royal cemetery at Tatoi.
Charles’ grandmother, Princess Alice of Battenberg (1856-1969), was diagnosed with schizophrenia and committed to a sanatorium in Switzerland, thereafter living separately from her husband. Allegedly, Princess Alice believed that she possessed healing powers and that she had come into erotic contact with Jesus Christ.
In 1949 Princess Alice moved to Tinos (Greece) to establish a monastic brotherhood, even trying to build a monastery. From then on she was wearing nun clothes until the end of her life in 1969.
British Politics
Will King Charles be able to restrain himself when it comes to BREXIT? Will Charles make the State Church of Britain the Greek Orthodox Church, and will he drive the vipers from Lambeth Palace? There is a history of madness in British kings. I think that it’s all on the table.