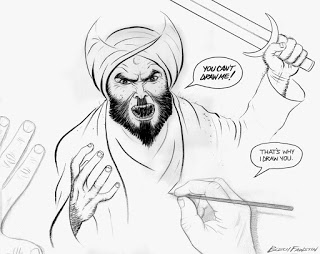 Western Justice
(Amarillo, TX) A SWAT team shot and killed an armed suspect who took hostages at a Walmart in Amarillo, Texas Tuesday afternoon, investigators confirmed, saying all the hostages are now safe. Police identified the gunman late Tuesday as 54-year-old Mohammad Moghaddam. “We do consider this a work-place violence situation at this point,” the sheriff’s office said.

(Race for Justice Comment) Likely this is an example of a radical assault-style-rifle, not tied to any other rifles, a lone wolf rifle if you will, hijacking the peaceful idea of not having your constitutional rights infringed. Poor Mr. Moghaddam was at work, minding his own business (the article does not mention Moghaddam’s religion, but it is Texas, so it could be Catholic, Pentecostal, Lutheran, etc., you never really know with gun owners), when the gun assaulted his sensibilities. This is clearly an example of workplace assault-rifle violence, since Walmart is a place where people work. But barely, Walmart does not provide full medical insurance to every single employee, and starts part-time employees at the minimum wage, and has only two types of bathrooms. One might ask – why hasn’t more assault-rifle violence taken place at “workplaces” like this one. 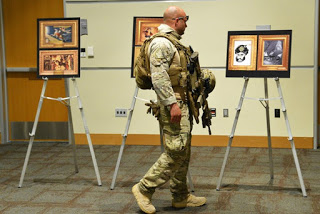 Race brings up good points (visit his blog if you are inclined), however all this could have been avoided if the Mooselim had the good sense to live in a gun-free zone where the SWAT Team might have been more sympathetic to the jihad.
OR the people of Amarillo could have hosted a Draw Mohammed Contest prior to this hostage taking event, sparing the workers at the Walmart the trauma. I’m sure that Mohammed would have showed up at the contest, armed to the teeth, along with his fellow jihadis and would have been dispatched there. It’s not like there isn’t a precedent for that in Texas.
Why is the 54 year-old Mohammed living in the US? Who let him in? Who vetted him? Workplace violence — why is it always a Muslim these days? Why is Mohammed living in Amarillo, TX, isn’t that the region where Old NFO lives these days?

In the investigation of the drone attack that killed Taliban leader Mullah Mansour, Pakistani authorities learned that Mansour carried a computerized national identity card (CNIC) and a Pakistani passport.
Those findings have prompted a re-verification of the CNIC system, which Interior Minister Chaudhry Nisar Ali Khan approved on 13 June. The multi-pronged strategy includes an amnesty scheme, engaging the community through a helpline, setting up a Short Message Service (SMS), creating a reward system, creating a system to detect intrusions of family data, across-the-board application of fraud detection and citizen profiling.
According to the strategy, the National Database and Registration Authority (NADRA) would use Pakistan Telecommunications Authority’s biometric SIMs verification data of almost 130 million mobile phone SIM users.
NADRA plans to send messages to the heads of family requesting them to confirm their family tree (i.e., the members of the family). After receiving any indication of a suspected alien in a family tree through SMS, NADRA would request the family head to come to the nearest NADRA office for re-verification of the family tree and for blocking the fraudulent CNIC and cancelling that person’s passport.
The new program is to begin in districts where a high number of fake CNICs already have been detected by NADRA, in the northwest. The Ministry has granted a two-month amnesty period for people to come forward and correct false data or surrender CNICs obtained illegally. The Interior Minister has given a six-month deadline to NADRA for the re-verification of all CNICs.
The Mansour discoveries seem to have shaken the Interior Ministry into more careful use of its new biometric identity card system. The re-verification process should benefit a host of government programs, including population control, benefits control and taxation.
After re-verification is complete and assuming it is reasonably accurate, Pakistan will have no justification for not identifying insurgents, not known who is operating from Pakistani bases and for not identifying Pakistani terrorists against India or Pakistani militants in Kashmir.
Another Russian Hack
The vulnerability of Hillary Clinton’s private server is again the focus of the Cyber War that is ongoing. We haven’t heard anything from the FBI regarding their ongoing criminal investigation of Clinton, and we may not until the third week of November (after the election).

(Washington Post) Russian government hackers penetrated DNC, stole opposition research on Trump. Russian government hackers penetrated the computer network of the Democratic National Committee and gained access to the entire database of opposition research on GOP presidential candidate Donald Trump, according to committee officials and security experts who responded to the breach. The intruders so thoroughly compromised the DNC’s system that they also were able to read all email and chat traffic, said DNC officials and the security experts.

The intrusion into the DNC was one of several targeting American political organizations. The networks of presidential candidates Hillary Clinton and Donald Trump were also targeted by Russian spies, as were the computers of some GOP political action committees, U.S. officials said. But details on those cases were not available. A Russian Embassy spokesman said he had no knowledge of such intrusions.

Twice in the past two days, Afghan and Pakistani border guards have exchanged gunfire at the Torkham border crossing point in the Khyber Pass. On the 13th, Pakistan and Afghanistan agreed to a ceasefire and to open diplomatic talks on the border gate issue.
The Pakistanis say the Afghans initiated this clash in which an Afghan border soldier died and 6 Afghans and 9 Pakistanis were injured.
Afghanistan has stopped Pakistan from extending a fence along the border on several past occasions. Afghanistan always claims that Pakistan is poaching Afghan territory, building new structures up to 30 meters inside Afghanistan. Pakistan says its construction is always 30 meters back from the Afghan border.
Pakistan began the gate construction to help enforce the tighter border controls it implemented on 1 June, which include the requirement to have a valid visa to enter Pakistan from Afghanistan.
Afghan leaders continue to indulge the notion that the border trace is still disputed. That is because border tribes and enterprises profit from the previous lax border regime. Most of the border crossers are Afghans.
In fact, the border has been settled for about 97 years, but the fiction facilitates smuggling, easy cross border movement by vendors, travelers and terrorists and encourages a variety of other cottage industries. It also enables Pakistan and Afghanistan to shell each other’s territory, claiming the target area is on the sheller’s side of the border.
Border crossings, including the famous Khyber Pass, facilitate Afghanis to get their opium to market. Usually there is a payment made but an official gate will doubtless raise the size of the bribe. Thus the dispute.