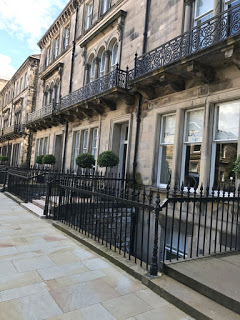 Facebook
Twitter
Pinterest
WhatsApp
I’m laying up in Edinburgh, getting adjusted to the time change from US Pacific Time Zone to GMT, before the party starts. So far, so good. 9:42 am GMT at this point. Shave, shower and so forth accomplished and I’m ready to head out and be the miserable SOB you all know that I am.
Last night the Edinburgh Military Tattoo was held under a CLOUDLESS SKY. Thus the command presence is revealed. As an editorial note, the Tattoo would have gone off even in the rain, and because it rains every day when I’m not here, I guess that it’s par for the course. When I lived in this part of the world it rained on me constantly, but I was younger then. Now, I have the weather cooperating (for the moment).
The flat where I’m acclimating is toward the Firth from the Caledonian Hotel (west) end of Princess St, off Queen’s Ferry (for you old Scotland hands). I can’t see the castle from the flat, but I can if I walk out the door, down the street and turn a corner. You’ll note that there were clouds over the castle when I took the photo. ‘nobody’s perfect’…

So I’m sitting here, drinking my Irn Bru, and checking in with all of you. (I think that I’m becoming a poet) 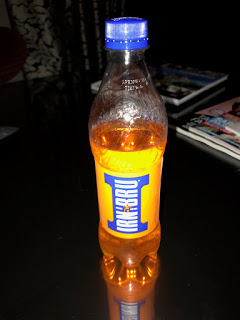 And speaking of poetry and art philosophy, I did stop into a local pub and say that drinks were on the house thanks to Jules Smith (prominent art philosopher). That and a hundred quid (pub was almost empty) did the trick! It works. Whenever you’re in the UK, give it a go yourself.