I’m headed to the UK for a couple of weeks and will be hanging with some of the buddies I made when I lived there (mumbles) years ago. There will be visits to bases at Plymouth and Credenhill in Herefordshire as part of a 40th Anniversary for a motley crew of seconded American officers. I may post the odd blog or I may not. I have no plans either way.

The weather report calls for rain and I’m hoping that my command presence will cause the clouds to roll back and the sun to shine. However, being less prone to hubris (having had my butt kicked by it too many times), I am bringing an umbrella, a rain coat, Wellington boots…and warm clothes. I have no plans to wear the kilt, though I’m sure that I’d look ‘fabulous’ wearing one.

One must-do during the visit is the Edinburgh Military Tattoo. I see that they’re practicing for my arrival. That’s decent of them. There are pipe bands that parade on the Royal Mile during the Edinburgh City Festival. This is the Black Watch, and the last time that I was there I recall the Gordons. By this point you should be thinking to yourself – LL likes bagpipes. That is the case. I also like Edinburgh. The Scots often look down their noses at Edinburgh because tourists congregate there. I get it. It’s still fun. And while nobody ruins good food like the British, the Islands are still the only place to get proper fish and chips and a few other personal LL favorites.
Getting there is said to be half the fun, so I’m flying “upper class” on Virgin Atlantic to get in the mood. 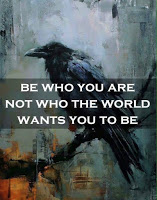 In a telephone call to the widow of a good friend this morning I was informed that a pie shop that I liked in Carlisle was replace by  —  A SANDWICH BAR. Whiskey-Tango-Foxtrot? Have they gone mad in my absence? I may need to go to Keswick to get a steak pie in the Lake District.

After all of these years, it must be possible to get a proper root beer float in the UK? I asked around and the ‘answer is still no’. It’s the litmus test for culture. I recall making sloppy joes and serving them to my British friends and forcing them to eat them with their hands (not with a knife and fork). The comment ran that “they’re so sloppy”. Yes, that’s the genius isn’t it?

Cuisine aside and culture notwithstanding, I’m sure that it will be fun.

LSP – And I will explain that the Dallas Light Cavalry (DLC) unit is a mixed Anglo-American outfit. So I’m still not completely divorced from the ‘old country’. No it’s not the SAS or 62 Commando, but it’s still comprised of a worthy bunch of cut-throats who know precisely where to fish for striped bass.

The barracks in Hillsboro, TX is run with an iron fist, and as with The Irish Guards, it has its own blue mascot that accompanies troops on parade.


Meanwhile, Back at Work

Note to John D. – Randy said we should be up and running in Texas by the time I get back. If true, we’re going to have to strong-arm LSP into showing us where that fishing hole is.

I leave you all with this:  https://www.youtube.com/watch?v=OYgnXePZb2o (Jacobites vs Redcoats)