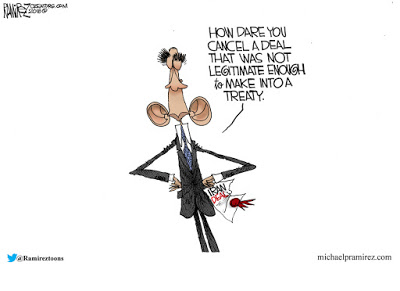 Facebook
Twitter
Pinterest
WhatsApp
Yesterday, I mentioned that Israel had begun to mobilize its Army Reserve. It’s an indication of where they see the situation heading. Israeli jets attacked a second day. On 10 May, the Israeli military said that Israel is carrying out an attack on Iranian targets in Syria.

The Israel Defense Force spokesperson for Arabic media said that “the Israeli air force is currently attacking Iranian targets in Syria. Any Syrian attempt to respond will be met with a tough Israeli reaction.”
Israeli press reported a military statement that earlier on the 10th, Iranian Islamic Revolution Guards Corps (IRGC) – Qods force personnel in Syria launched a barrage of 20 rockets at Israeli targets in the Golan Heights. The Israeli air attack was in retaliation for the rocket attack.
The Israeli military said several of the rockets had been intercepted by Israel’s missile defense system. No one was injured on the Israeli side.
Israel rarely provides a real-time statement about an operation in progress. The spokesman said the rocket attack was the first time Iran fired directly at Israeli soldiers.
In mid-April an Iranian armed drone penetrated Israeli airspace and was downed, in the first Iranian hostile act against Israeli territory. The drone was launched from Syria’s T4 airbase.
Syria blamed Israel for the exchange. The Syrian state news agency, SANA, reported that Israel fired on targets near the town of Quneitra, located just east of the Golan Heights. Syrian air defenses had responded, it said. It later reported a “new wave” of attacks.

The IRGC barrage also is the first time Iranian forces have retaliated for an Israeli attack.
General war is not threatened now, but the confrontation is likely to escalate. Israel will attack Iranian facilities in Syria until the Iranians decide to leave.
Last December, Israeli aircraft attacked Iranian facilities at Kisweh, killing 12 Iranian soldiers. Kisweh is an Iranian base location south of Damascus.
Iranian forces in Syria are in no condition to start a general war. They, the Syrians and Hizballah are bogged down in the Syrian civil war, which drags on. However, Iran and IRGC Qods Force commander, Major General Soleimani, are under pressure to respond to the repeated Israeli attacks that have killed IRGC soldiers. This week’s events show that Iran will retaliate.
As for the Iranian rockets, they are in use or lose mode. If Iran does not use them against Israel, Israel will destroy them.