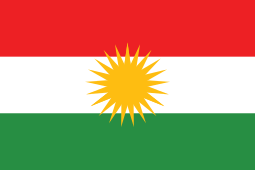 Facebook
Twitter
Pinterest
WhatsApp
At the conclusion of the Iraq War, I suggested that the US force Iraq into a partition arrangement to separate the nation into three regions once we’d won the war:
Now I hear the wheels turning in your head, “Who are YOU to suggest such a dramatic move?” If you’re saying that, you have a lot in common with the mandarins in the Bush Administration who said the same thing.


Back then President Bush, SECDEF Rumsfeld, etc. envisioned one Iraq, under God, indivisible with liberty and justice for all. Then the matter was mismanaged at a Biblically bad level and the whole place went to pot, Barack took over the USGOV and encouraged Iran to take over Iraq, which they did by proxy, and ISIS was a reaction to the Shiites moving in. It was all predictable and quite frankly, a trained chimp (essentially me) could have seen that train coming down the tracks. 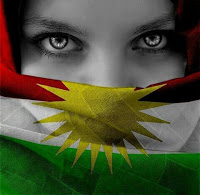 Partition (it was explained to me) would have screwed up the boundaries of a sovereign country. Yes, the British set up those boundaries, but when I pointed that out, the mandarins moved on to their second objection. “If you did that, the Sunnis in Baghdad wouldn’t have any oil.” That is true. The oil is all located in the North (Kurdistan) and in the South, Shiite country with the Iranians would (and did) essentially annex. My reaction: tisk-tisk-tisk. So what? They can find something else to do for a living other than hanging out while some other nation pumps oil for them and hands them the royalties. After all WE WILL WIN THE WAR.

We won the war and we lost the war, and now we’re back in the war cleaning things up at the cost of another trillion more or less. But the self-partition of Kurdistan is going forward and with President Trump in charge, I think that it might work for them. On 7 June, Massoud Barzani, President of the Kurdistan Regional Government in Iraq, announced that the date for a referendum on Kurdish independence is set for 25 September 2017.
Kurdish TV Rudaw reported that the date was set after a meeting of the Kurdish political parties, chaired by Barzani. Turkey, Syria and Iran denounced the announcement, as one would expect.
Hoshiyar Zebari, a former Iraqi foreign and finance minister and now a senior adviser to Barzani, said the decision to hold the vote on 25 September was irreversible.

“We crossed the Rubicon with that decision, there is no going back,” he told Reuters. A referendum is a democratic process, no democratic country can oppose having a referendum; we are not talking about independence; we are talking about the referendum.”

Over the past three years, Iraqi Kurdish leaders have openly stated their intention to conduct a regional referendum on independence. They have insisted that the referendum’s purpose is to assess the opinions of the Kurdish people, not to justify secession…ok. Except that everyone knows that it means secession. But they say that they intend to use the inevitable vote in favor of independence to exert pressure on the government in Baghdad to get the best deal they can for Iraqi Kurdistan.
The Iraqis are splitting hairs in asserting that a referendum on Kurdish independence is not about Kurdish independence. No serious policy maker in Turkey, Syria, Iraq or Iran can afford to take that assertion seriously.

The Kurds have played a disproportionately large role in containing and defeating the Islamic State in Iraq and especially in Syria. In Iraq, their leaders are using the referendum to prepare their demand for political compensation now that Mosul, the last Islamic State strong point, has been liberated.

The Syrian Kurds also may be expected to press their demands for a federal Kurdish state in northern Syria after the liberation of Raqqa. Their leaders have moved ahead with preparations for regional autonomy while the fighting continues and over the objections of the Syrian government.
The recent decision by the Trump Administration to arm the Kurds with modern defensive weapons including high quality anti-tank weapons (which could conceivably be used against our NATO ally, Turkey, when they invade Kurdistan), has not been well received outside Kurdistan. The Iraqis, who read the tea leaves, know that the US is bankrolling them and they can play ball by giving up Northern Iraq or they can experience regime change…
Kurdish oil has to reach market and the current deal would call for it to be piped through Iraq (for a fee), which means that the Iraqis still make out ok in the situation. And while I claim that Iraq is a satrap for Iran, they have become ‘uppity’ toward Iran recently even though they’re Shiite-run. The idea that they could profit disproportionately more without Iran taking a cut appeals to them.