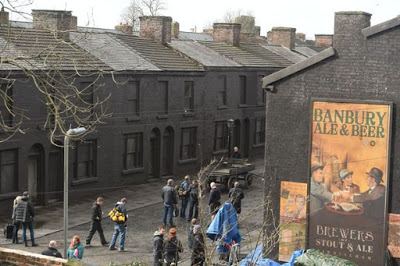 Facebook
Twitter
Pinterest
WhatsApp
I will admit it here (and I’ve admitted it in this blog previously) that the BBC Series, carried on Netflix, “PEAKY BLINDERS” is one of my all time favorites. Season 4 is filming, and Season 5 has been authorized and will likely begin filming as soon as Season 5 is a wrap. There is no word on Season 6, but there has been talk of a feature film/movie.
It takes a lot for me to get excited about a television series, but I have to admit that I’m eagerly anticipating Season 4, to be released in the October 2017 timeframe.

From Blogs on the Subject:

The show’s likely to pick up where season 3 left off, in 1926, and will probably include that year’s General Strike. Knight explained: “I want to shine the light on the 1920s and hopefully the 1930s, making it a true between-the-Wars family story. I want the family trajectory to continue upwards and for them to become wealthier and more powerful. The only thing I want to do is for Tommy to be knighted.” More unlikely things have happened than hearing “Arise, Sir Tommy Shelby”.

Creator and writer Steven Knight has returned to write every episode of Series 4 and 5. “I’m loving it,” he says, “and it’s not like work, it’s not like a labour, I love doing it, and the boys are coming back and they’re loving the scripts.”

Not to get too carried away before season 4 has even finished filming – but season 5 has been ordered by the BBC. Sadly, the fifth season may well be the last, as Knight only plans to take the Shelbys up to the outbreak of the Second World War. He’s said: “I hope it does run and run all the way up to the Second World War, but it does get harder to get the cast together as the actors are being pulled into feature films. It’s a victim of its own success.”