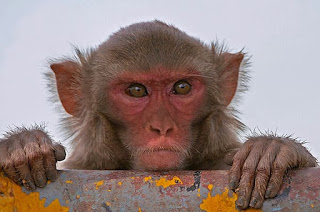 Facebook
Twitter
Pinterest
WhatsApp
I don’t think that it’s anything that you can call a Trump coronation but the results of New Hampshire voting were predictable and followed polling.  On the Republican side of the equation, he’s the one to beat. The nice thing about living on the other coast is that you don’t have to wait up late to get the voting results as the polls close in the NH primary. Even so, I ate some pizza and watched as the numbers rolled in.

I thought that Jeb! would do well in New Hampshire. It’s his turf. A fourth or fifth place win for the momma’s boy is a genuine victory. I don’t think that anyone believes that he’d get the Republican nomination, but he’ll continue to be a political gadfly. Kasich did well in NH, and it remains to be seen whether or not he can build further momentum. Rubio finished fifth or sixth, in a tie with Jeb! Cruz held his own, but nobody expected to do well in NH. He got his win in Ohio. Christie, Fiorina, Carson and Glimore (remind me who Gilmore is) have a very difficult road ahead for the next few weeks.

Trump is still the man to beat and I think that he will build momentum as the Republican Party continues to hate him.

There are swirling rumors that Michael Bloomberg (whose far richer than Trump) is thinking about starting his own party and stealing the voters who would otherwise vote for  the increasingly weak and vulnerable Hillary Clinton, Bitch of Benghazi and (as yet) unindicted felon. Bloomberg, who has always fancied himself to be a worthy President scoffed at Trump last summer but he’s not scoffing now. It will be interesting to see if he’s willing to bust up the Democratic Party to satisfy his lust for power. 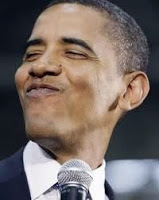 (Fox News) President Obama sent Congress on Tuesday his eighth and final budget, proposing to spend a record $4.1 trillion on a number of initiatives. They include launching a new war on cancer, combating global warming and fighting growing threats from ISIS terrorists.

The new spending plan, for the budget year that begins Oct. 1 — just 3 1/2 months before he leaves office — is facing heavy fire from Republicans who hope to capture the White House. The proposal had dim prospects of winning approval in a Republican-controlled Congress.

In all, Obama’s budget would increase taxes by $2.6 trillion over the coming decade, nearly double the $1.4 trillion in new taxes Obama sought and failed to achieve in last year’s budget

We really need a much smaller government with an emphasis on curbing welfare, food stamps that the ObamaCare liability. Not more taxes and a $4.1 trillion budget. More taxes will cause the economy to contract even further and we’d be lucky to reach .5% growth.