It’s time to re-educate all of you. 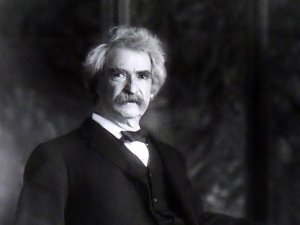 A famous Clemens/Twain quote goes like this, “The difference between the right word and almost the right word is the difference between lightning and a lightning bug.”
A ‘classroom friendly’ version of the famous novel, The Adventures of Huckleberry Finn (1885), is scheduled for release in February. In this version, the “n word,” which appears in the novel 219 times, has been replaced with the word “slave.” Additionally, the language has been made politically correct so as not to offend readers.
You might as well burn every edition of, The Adventures of Huckleberry Finn, to spare the sensibilities of every potential reader. Many dictators and potentates have sought to rewrite history by book burning. Cutting and pasting is the same thing. The book should be read as Clemens/Twain wrote it — or not read at all, in my opinion. 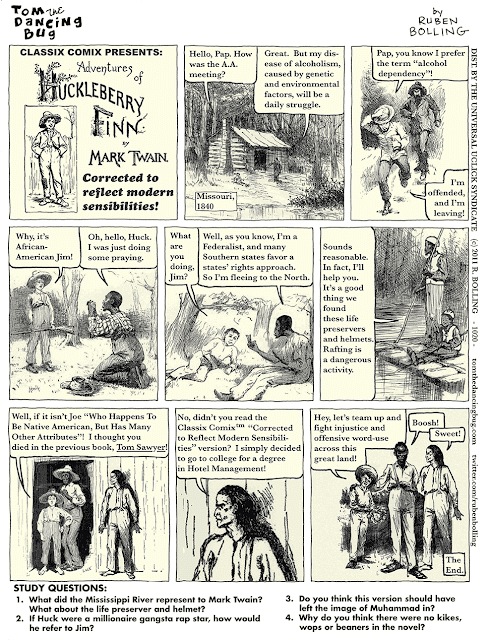 What have we become as a nation? How dense and historically insensitive can we be that we try to rewrite history based on present notions and foibles?
Martin Luther King, Malcolm X, Jeremiah Wright and others use the word, “nigger” continually in their speeches. Does this mean that somebody needs to go through those at their source and edit the speeches?
I also recommend the American Perspective, and Opus #6’s take on hate speech. (LINK HERE)