Shame on the US Forrest Service 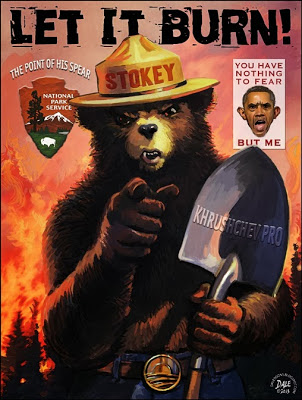 Facebook
Twitter
Pinterest
WhatsApp
Do you remember when the National Park Service was viewed as the vehicle to preserve and protect America’s national parks and those who visit?
That has changed now that they’ve bought off on the new concept of “make it hurt”. (hope and change?)

Whether you’re jogging through Mt. Vernon (now forbidden) or you want to drive on the highway and look at Mt. Rushmore, the enemy has become the National Park Service. Strange how elections have consequences, isn’t it? 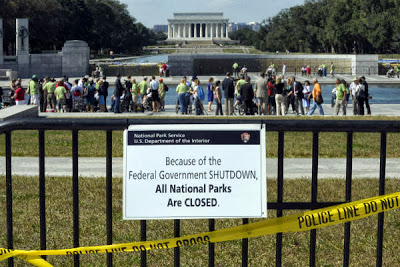 Some hardy souls have taken it as a challenge to commit acts of civil disobedience (above). Any moment the NEW Park Service will arrive with truncheons, beat the people and haul them off to jail. Nobody ever thought that would happen — Before Obama.  Now we’re operating under a different set of rules.
There is no need to shut national parks – it’s the president’s choice and that of the Democratic majority in the Senate. There is no need to persecute park visitors — but orders from the president are to “make it hurt”.