Don’t look for this in the annals of Islam 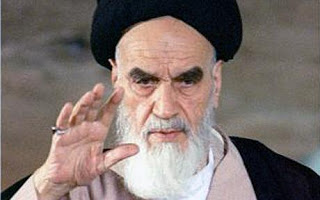 Facebook
Twitter
Pinterest
WhatsApp
Evolution of Political Theory is a concept alien to Islam where the only truth and the only font of wisdom comes from the recorded works and words of Muhammad ibn ‘Abdullāh. (570 – 632)
John Locke (August 1632 – 28 October 1704), known as the Father of Liberalism, was an English philosopher and physician regarded as one of the most influential of Enlightenment thinkers. Considered one of the first of the British empiricists, following the tradition of Francis Bacon, he is equally important to social contract theory. His work had a great impact upon the development of epistemology andpolitical philosophy. His writings influenced Voltaire and Rousseau, many Scottish Enlightenment thinkers, as well as the American revolutionaries. His contributions toclassical republicanism and liberal theory are reflected in the American Declaration of Independence.
Locke’s theory of mind is often cited as the origin of modern conceptions of identity and the self, figuring prominently in the work of later philosophers such as Hume, Rousseau and Kant.
There are a long list of political philosophers who marched through the evolution of political doctrine in the West from Marx to the postmodernists and existentialists.

In the time of Muhammad, women were chattel, in much the way as camels or goats and had a duty to reproduce to generate more men – (and women). In many nations today women undergo forced genital mutilation, are denied the right to do something as simple as drive a car or attend school. This is justified based on the recorded works and words of Muhammad ibn ‘Abdullāh. (570 – 632).
There was no Renaissance in Islam, no burst of expression and intellectual freedom, no Lenardo Di Vinci, no Rubens or Van Gough, no Bach, Handel, Mozart, no Beetles, Beach Boys and no Buddy Holly. Evolution has been key to the development of the West. Stagnation has been the comfortable hallmark of Islam. There would be no rockets to the Moon, no exploration of the depths of the Ocean, no experimentation with democracy or anything else if the Religion of Peace had its way. What a sad commentary of a system that sways so many people on this planet.