It’s About the Children 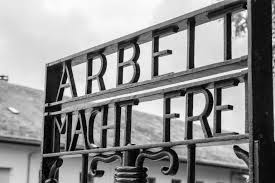 The UN follows an old pattern. You’d think that the One World/Climate Change movement would have come up with something a bit more unique. Greta Thunberg’s dramatic reading on how we’re all going to be dead in 10 years. She essentially said, “the future belongs to me.”

That didn’t work so well either. Oh, big government did fine at Lexington Green, but things changed on the their retreat from Concord. And my point is that it’s been tried before.
Yes, the US Army was successful in disarming some starving and freezing Indians at Wounded Knee. They just surrounded them and shot…mostly women and children. And while the National Socialist Worker’s Party of Bernie Sanders and Elizabeth Warren would like to pull something like that off today to eliminate the opposition, I don’t think that it will be so easy.
The Rot and Corruption of the Deep State

Generational corruption within the Deep State has become so common that we accept it as “the new normal”, or we did until the coming of President Trump.
I was aware of Hunter Biden’s distinguished Naval career, but it so outrages me that I didn’t want to put it out there amid all of the other corruption and filth that the Biden family wrapped itself in.
Our fellow blogger, Jim, did mention it and I guess that it bears repeating:

Hunter sounds like a real piece of work. Dumped his first wife so he could “comfort” his brother’s widow. Now he’s married again to a woman he fell in love with after knowing her about a week. Then there’s his naval career. From Wikipedia: In May 2013, Biden was selected as a direct commission officer in the U.S. Naval Reserve, a program that allows civilians with no prior service to receive a restricted line officer’s commission after attending a two-week class covering topics such as military history, etiquette, and drill and ceremony, in lieu of boot camp. Because Biden was past the cut-off age for the program, he needed a waiver. Biden received a second waiver because of past drug use and drug-related arrests. One month after commissioning, Biden tested positive for cocaine use and was discharged from the Navy reserve in February 2014. Probably calls himself a vet. 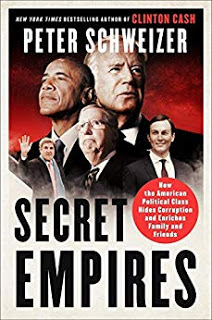 Old Slow Joe Biden likely thought that Hunter would look good in a naval officer’s uniform, and it would advance Hunter’s political career…
Fredd adds – If this obvious Biden Family Crime Syndicate is left to flourish, there is no need to claim that the U.S. is where justice prevails; we are nothing more than a great big Banana Republic. Inarguable – two tiered justice systems eventually crumble, just FYI, as the lower tier always gets even. Guillotines are usually involved…

Old Joe is in the lead now, showing the Donkeys how it’s done. Don in Oregon recommends – SECRET EMPIRES by Peter Schweizer goes into Hunter’s lucrative adbentures in China and the Ukraine in detail. Schweizer is one of the best investigative journalists at work today.
Government always tends toward rot and corruption. The Founding Fathers knew it. They read history. To counteract that inclination, they provided us with a Constitution and with a Bill of Rights as a framework for good government and a hedge against tyranny.
Scum like the Donkey line-up for 2020, the Clintons, the Obamas and the Internationalists do not have American hearts. Allowing them to regain the foothold that they had would be a monumental mistake and will ultimately lead to the reckoning that Fredd discussed (above).