Thoughts on Government Corruption (and the mail) 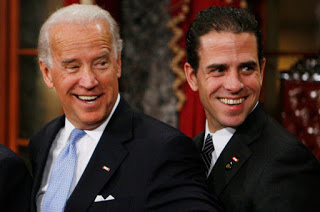 He’s one of those people who benefitted from his father’s position in the US Senate and later in the White House. I don’t know what his net worth is but from corrupt dealings with Ukraine and China alone, it must be in the several hundreds of millions.
He’s also Chairman of the World Food Program and draws healthy salaries for a number of boards of directors where the name “Biden” landed him landed him his lucrative positions. If “white privilege” has a context, Hunter Biden is its poster child.
People who know Hunter say that he’s not the sharpest knife in the drawer. That’s ok, he doesn’t have to be. Dad smoothed his path. And while parents do that for their children, when it’s government juice, it’s referred to as ‘corruption’.
In regard to Ukraine, let’s review Biden’s own words when a Ukrainian prosecutor wanted to question Hunter about corrupt business practices:

“Well, son of a b—h, he got fired,” Biden continued, after assuring Poroshenko that Obama knew about the arrangement. “And, they put in place someone who was solid at the time.”

After his brother Beau died, Beau’s widow moved in with Hunter and Hunter’s wife (now ex), moved out. The kindest thing that I can write is that “the optics aren’t good”.
Slow Joe says, “Hands off my family.”  — Uh, Joe, that ended with the Democrat controlled corrupt, evil, sly, lying, cunning mainstream media took on President Trump’s family.  If journalism still existed in America and I don’t believe that it does, Hunter Biden would be a target rich environment. As things sit, I’m sure that they’ll give him a pass.
I’m not saying that Slow Joe is as corrupt as the Clintons are, nor that his hands are bloody. I suspect that the situation with the corruption that the mainstream media inadvertently splashed onto the pages may sink his campaign no matter how much they try to whitewash it — no matter how much they regret taking a whistle blower story and running with it before they did damage control.
Mail:
Sunday Sermonette
WSF – “which makes it homicide/murder”. When you put it that way, I can’t help but agree. In general, I don’t think any man should tell any woman what she must do with her body. The devil is in the details.

I respect your position — and feel that when a baby is viable outside of the womb, it has it’s own distinct DNA, fingerprints, retina, etc. It’s attached to its mother but doesn’t have to be in order to live. It’s a distinct human and killing it with pre-meditation equates to murder.

We could always wait until the baby grows up and has a voice, and THEN ask it.

Raven – I have held a dying newborn in my arms. My thoughts regarding the murder for body parts trade are not fit for public discourse.

I have a lot of anger inside of me when I consider the ghouls who slaughter the unborn for fun and profit. When it comes to the evil that men do, it’s right there at the top of the list.

Brig – How can anyone justify the taking of a babies life. It is murder most foul…

Taking the baby’s life for the purpose of selling its dead body is just one step worse. The people who lead Planned Parenthood boast of the executive jets, the fancy cars, the yachts and the vacation homes in the South of France that they bought with the proceeds.

Fredd – Picking off Somali pirates with a scoped rifle: sounds somewhat inefficient. Now, dropping explosives onto their boat by drones and then watching the boat sink and all the pirates drown – now that might be fun. And maybe racist, but fun regardless.

SomaliCruises.com (as recommended by fellow blogger, Larry) may be right for you.

Larry added – SomaliCruises.com Actually sounds like a good time (except for the nightly disco music, which gets tiring pretty quickly). The Minigun rental sounds intriguing. Add in a Carl Gustav and I’m in. Like feral hog hunting, you’re performing a net good for society (but don’t eat the meat, for goodness’ sake).

Larry, you’re a practical guy. And with a name like, “Larry”, how can you not be? I think that I could live with the disco music if it accompanied the smell of napalm in the morning.

LSP adds a brief sermon – RHSM, all right minded people agree with you. We’re in a war against the demons, and what a pit they spew from.

Ephesians 6:12 – Paul amplifies – For we wrestle not against flesh and blood, but against principalities, against powers, against the rulers of the darkness of this world, against spiritual wickedness in high places.

Woodsterman – Nice to see fuzzy little animals here … NOT! I think we need blood and gore between our teeth. 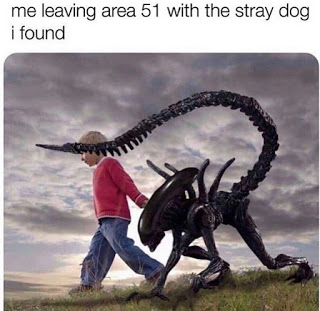 I thought that you, of all people, would applaud my kinder and gentler little animal corner. I love gentle little animals, bar-b-qued and covered in nice gravy.

But that doesn’t apply to pets (see right) – LL, the younger years. 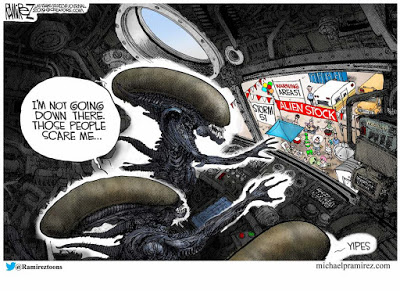