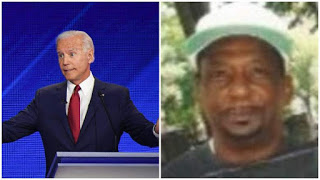 Facebook
Twitter
Pinterest
WhatsApp
The Notorious
President Trump has taken out Slow Joe Biden at the knees. From now until the Democrat Convention, the Biden narrative will be all about Ukraine, China, and corrupt behavior. The mere idea that Hunter Biden was hired by a Moscow leaning oligarch in order to demonstrate that he had juice with the United States will keep surfacing. I haven’t seen the transcript of the telephone call between President Trump and the leader of Ukraine, but my sense is that it will only serve to throw more mud on Biden, who deserves it.
We will all see what revelations the conversation’s transcript brings. The Ukraine hoax is going to be simply another example of the witch hunt that President Trump has endured since he took office.
Mail:

LindaG – History  is no longer taught in any form, which means we are likely doomed to repeat it.

Camperfixer – re: Greta Thunberg — Seems Earth’s inhabitants have been saying the same old “the world is coming to an end” Chicken Little baloney for a millennia (pick an era). And it always has to do with “when times are good” there are a few nitwits among us (“out there among the English”…h/t Witness) that clearly have nothing to do in their daily doings so have to generate fear and self-loathing )that the rest of us normal’s get the share whether we like it or not.)
Who gives a rip what this child thinks or says (or more likely, parroting someone else’s script), anyone giving her any platform is a fool and playing into the court Jester’s who will profit by this power grab ruse. 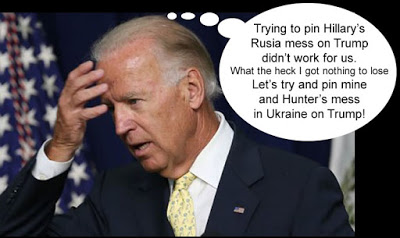 It is obvious Miss Thunberg is being handled…being used by those who believe they have a better line to God than the rest of us and somehow know for sure the world will NOW end…for sure…maybe. We shall see. In the mean time I’ll get up each day and do what I do all the while ignoring the moronic among us English (as it were). Oh, and in Northern Colorado the climate is changing..for the better…love this time of year.

The leaves have not turned yet at the White Wolf Mine, but soon. Yes, and I don’t know what we can do about it except eat Soylent Green in the hopes that it makes a difference.

raven waxes cynically – On disarming- it seems like a really bad idea to go collecting items with cavities in them, pre-announced, from people who have experience and attitude. Especially if they smile while handing them over.
Also seems questionable to have a bunch of people in a long line , getting ready to hand over their items at some designated spot.
These people are not just left in their politics, they are on the left end of the intellectual bell curve. One really regretful thing about the poor education they have is the destruction of the ability to infer consequences. In the idiom, it is the “what could possibly go wrong” factor. Particularly prevalent in issues of taxation, for example the 10% “luxury tax” which immediately ricocheted around every yacht builder in the country, flushing all those “living wage” jobs down the shitter. Takes fifty or so well paid people AKA skilled trades a couple of years to build a nice yacht. Poof- have a nice can of job-be-gone.
A really cynical person could make the argument the entire point of the tax was to destroy middle class (kulak) jobs. That thinking is passe- the communists are just not that smart anymore. They used to be- their screeds from the 30’s indicates some ability to reason, but no more. The fatal mistake was allowing themselves to be infected with the same PC virus they inflicted on the rest of us. Some famous person once made the comment, it is OK to lie to your enemy, and to expect your enemy to lie to you, but it is fatal to lie to yourself. Sort of goes along with the old German military axiom of the worst possible officer being the one who is both stupid, yet energetic.

The liberals are most completely defined as busy bodies of limited wit and understanding who want to run everyone’s life based on a set of new rules that do not apply to them (because they are our betters.

Steve September – Peter Schweizer was a guest on Fox last night. They briefly discussed his book that is mentioned above. He’s scheduled to be on Life, Liberty and Levin this weekend.

I’ll check it out this weekend and will set the DVR to record.

Jim – Some years back Credence Clearwater Revival released a song called Fortunate Son. I recall a couple of lines ran

I’ve wondered in the past, given his four month tour, if that wasn’t a reference to Al Gores Senior and Junior. It might apply today to ol’ Hunter and his dad.

The Hunter situation with a waiver for drug abuse and over age, only to have a dirty piss test as soon as he’s commissioned takes the whole fortunate son scenario to a new low.

Old NFO – NONE of those acorns fell very far from the tree of corruption.

Not everyone turns out to be the man that he hoped that one day he might be, but Hunter Biden is in a universe all his own. Joe, the good old boy, is going to have to eat a lot of crow on that one.

Mike_C – Greta Thunberg resembles David Hogg in that both have a habitual peevish, pinch-faced, perpetually constipated facial expression. Both appear to be a case of you really can tell by the cover what’s in the book.

WSF – All that comes to mind is the old country saying, “Ain’t had no proper fetchings”.

I’m not sure that I know what that means.