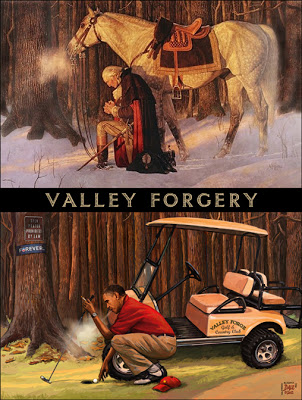 Facebook
Twitter
Pinterest
WhatsApp
Let’s cut to the chase, I expected Barack Obama and the Democratic Party faithful to blame George W. Bush for the president’s abysmal performance in the first 2012 Presidential Debate. That’s about the only excuse I haven’t heard and it gives me pause. Maybe he’s saving that excuse for the next debate.
They are blaming hypoxia, claiming that Obama’s brain was starved for oxygen and that’s why it didn’t work right and he screwed the pooch in front of the entire world. Really? That’s the excuse?
Obama was peevish and petulant. He looked and sounded unprepared, listless, way out of Romney’s league. What has he been doing at that Vegas resort for the past four days? Likely golfing and basking in the glow of his adoring Hollywood crowd, counting the campaign donations.

Without a teleprompter feeding him lines, Obama lacked specifics, dissembled, at one point pleading with a deferential moderator Jim Lehrer to change the topic, as if Obama owned the debate. The president, who got four more minutes of speaking time from Lehrer than did Romney, spent much of the debate looking down at the podium, not addressing his challenger.

When Obama, who doesn’t bother with many full Cabinet meetings, began touting generalized training for jobs of the future, it was Romney the well-briefed, no-nonsense, rational business executive who pointed out: “But our training programs right now, we got 47 of them housed in the federal government, reporting to eight different agencies. Overhead is overwhelming.”

At the start Obama looked shocked that Romney spoke to him so directly. Commentator David Gergen, who’s worked in White Houses under both parties, noted that first-term staffs are packed with sycophants. He speculated that no one inside the presidential bubble has talked to Obama that way in years. (IBD)

This is how it played in Asia:
At a Denver rally Thursday afternoon complete with teleprompters, Obama ripped into Romney as he tried to brush himself off and reassure supporters. (Fox News) He does work a lot better when he has handlers telling him what to say and nobody calls him on the string of lies that he blasts out.
MEANWHILE