Can it pass the Touch Test? 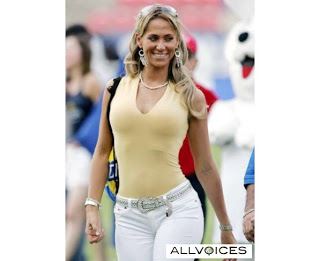 No, you can’t make this stuff up. And this is not a breaking story. The British Intelligence Service put this out about six months ago. However, since the fundamentalist Muslims continue their attacks on the United States, I thought I’d revisit it — but it’s politically incorrect to say so because if you do, you are an bigoted, Islamophobic, xenophobic racist.
According to the Sun (UK) (also reported by Fox News), Islamic female homicide bombers are being fitted with exploding breast implants which are almost impossible to detect.

It is believed the doctors have been trained at some of Britain’s leading teaching hospitals before returning to their own countries to perform the surgical procedures.

MI5 has also discovered that extremists are inserting the explosives into the buttocks of some male bombers.

“Women suicide bombers recruited by Al Qaeda are known to have had the explosives inserted in their breasts under techniques similar to breast enhancing surgery,” Terrorist expert Joseph Farah claims.

Inez Sainz – Dangerous only to football players
NOT A KNOWN TERRORIST 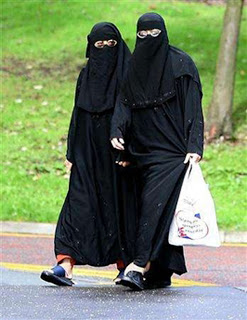 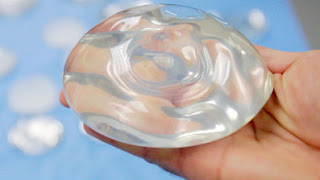 According to Fox News: “The discovery of these methods was made after London-educated Nigerian Umar Farouk Abdulmutallab came close to blowing up an airliner in the U.S. on Christmas Day. He had stuffed explosives inside his underpants. Hours after he had failed, Britain’s intelligence services began to pick up “chatter” emanating from Pakistan and Yemen that alerted MI5 to the creation of the lethal implants.”
The lethal explosives called PETN are inserted inside plastic shapes during the operation, before the breast is then sewn up.
Top surgeons have confirmed the feasibility of the explosive implants.
Explosive experts allegedly told MI5 that a sachet containing as little as five ounces of PETN could blow “a considerable hole” in an airline’s skin, causing it to crash. The Islamic terrorist female would presumably place her breasts against the bulkhead of the airplane and detonate the body-packed explosive.
I asked an expert whether trained “touchers” at airports could detect these explosives. Sadly, no, they can’t.
Israel profiles the passengers who board its El Al jets. Much as Islamic Terrorists would like to blow those aircraft and their passengers out of the sky, they haven’t succeeded.  To quote El Al: “As a target for many decades, El Al employs stringent security procedures, both on the ground and on board its aircraft. These effective, though sometimes controversial, procedures have won El Al a reputation for security.”
I suspect that Inez Sainz could board an El Al passenger aircraft with scrutiny — but not much screening. The ladies pictured below her would likely be profiled off the jet.
Which brings me to my point. Juan Williams, recently fired from NPR for suggesting that people on an airplane in Islamic garb worry him, was correct. Electronic and other profiling measures work. Whether or not the US is prepared to deny a flight to people based on legitimate profiling is something else.  In this day and age of the possibility of implant bombing, maybe we need to follow the Israeli’s lead.