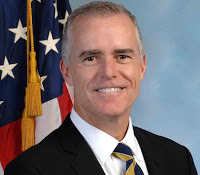 Facebook
Twitter
Pinterest
WhatsApp
The Invocation
It’s time for another polemic here at Virtual Mirage.
Easter is coming and the saints are marching in. It’s
high time that we recognize them.

Do delusions of adequacy qualify somebody to be a saint? McCabe might tell you that they do. It’s about all that he has going for him now that they’ve taken his retirement badge/credential away. He’ll write a book to prove it. He thought that he wanted a career but it turns out that all he wanted was paychecks.

You know how I feel about the FBI’s role in the effort to mount a coup d’etat against the Trump Presidency if you’ve read this blog for any time at all. And of all the conspirators, you have Deputy Director Andrew McCabe, who took charge of the Clinton e-mail investigation and also took $700K in a thinly disguised bribe from the Clinton Machine.

Alan Dershowitz notes that, “If Andrew McCabe is so insistent that the actions taken against him were fraudulent and politically motivated, he can easily waive his right to privacy, and allow the internal FBI investigative report by its Office of Professional Responsibility that recommended the details of his termination, to be made public
If that internal investigation was flawed or a farce as he seems to suggest, that report would likely indicate such, or perhaps give more credibility to his claims.”

And he could then do a fist pump and join the Saint James Comey “I really admire myself” book tour because that party sounds awesome.

Every time I hear disgraced former FBI Director Comey speak I want to hurl my cookies at that self-righteous windbag. He’s a self-made man who worships his creator. 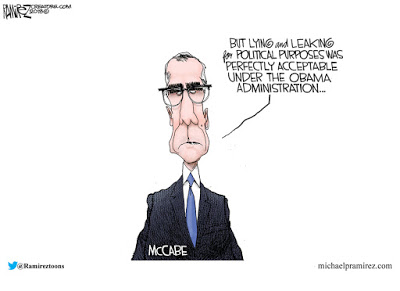 If a regular special agent did what McCabe or Comey did, they would have been fired out-of-hand as would Comey. “All pigs are equal. Some are more equal than others.”

John Bolton, a Fox News contributor, is a wing nut. I’m sorry, I have to call them the way that I see them. I want to stop short from calling Bolton an idiot. I really want to.
For the record, I always thought that General McMaster was a poor choice for national security advisor, not because he’s stupid, but because of his politics and his connections to the old Obama regime and their political cadre. He can go back to the army, pick up a fourth star and do something at the Pentagon that will benefit Beltway Bandits (Govt. Contractors) to prepare for his “soft landing” in retirement. He was always sort of a ‘stuffed shirt’.
John Bolton (he is not only dull. he causes dullness in others) had a very high opinion of himself before this move by President Trump. I’m sure that today, he’s insufferable. I don’t think that he’ll have a long tenure. BUT Bolton wants a war (really any war will do) and I always worry about those people. They can cause a lot of damage. Look at George W. Bush’s NS Advisor, Paul Wolfowitz (his mother should have thrown him away and kept the stork). He, more than anyone, (even more than Rumsfeldt and Cheney) pushed for the Iraq war and that was and is a disaster. 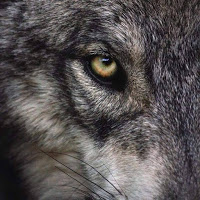 Bolton’s one of those guys who shoots his pistol and calls whatever he hits, the target. President Trump is reaching deep to find this guy. Must not be anyone left in the barrel.

It’s time to retreat to the Arizona highlands and worry less about the world around me, curtail some of the work that I’m doing and calm down a bit. Is it fishing season yet? I need to hear the wolves howl at the moon and the big cats roaring as cat’s do at night when they’re on the rut.


I expect the general contractor to explain to me that he has to pass on the increased price of lumber to me. And there will be other cost over-runs. I understand, but I’m never happy about them. Hey, I’m stimulating the economy. There’s a bright side.

Then it’s back to the salt mine when I surface. Thankfully there is more work in the offing and I have the capacity to support myself. 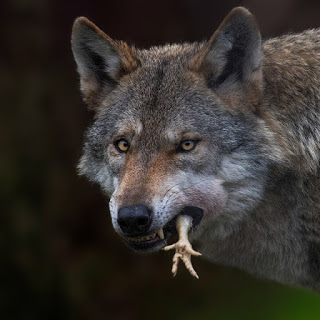